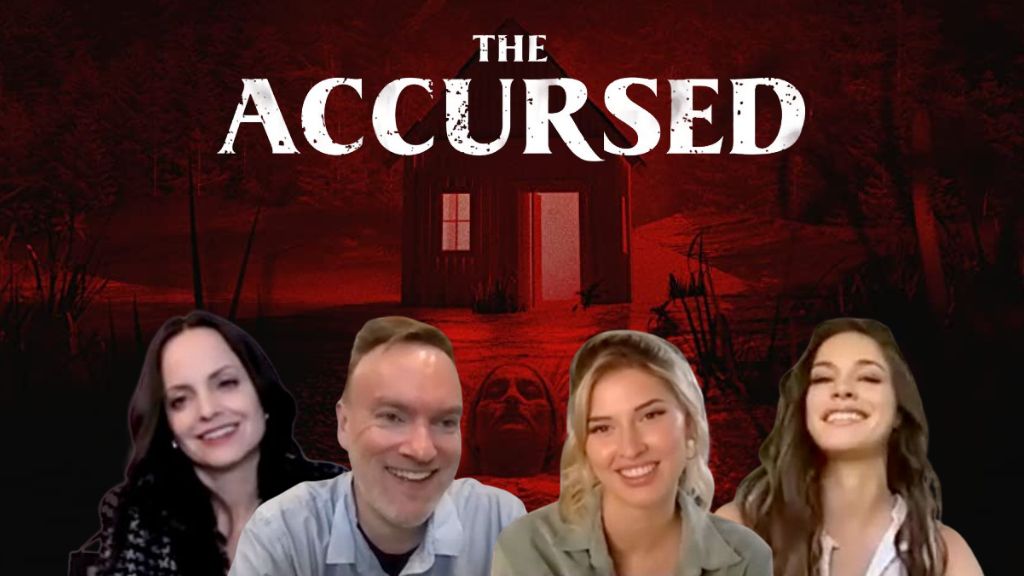 Helmed by Lewis, from a screenplay written by Rob Kennedy (Midnight Man), The Accursed revolves around young nurse Elly (Grey), who a family friend (Suvari) asks to come spend a few days tending to an elderly bedridden woman (Foster) confined to a remote cabin. In need of money, Elly eagerly accepts the offer, thinking she might even enjoy spending time in the great outdoors. But, much to her chagrin, the cabin is everything she had’t expected and Elly soon starts suffering a series of hallucinations that blur her dreams with reality. As these visions gain the upper hand, Elly realizes that she has in fact been lured out to the cabin by a demonic presence lurking inside her patient, waiting for the perfect opportunity to unleash itself.

In anticipation of The Accursed releasing in theaters and On Demand this Friday, October 14th, Howard Gorman sat down with Lewis, Suvari, Grey and Knapp to discuss the director’s criteria when it came to chosing how to follow up after the success of Willy’s Wonderland, and the film’s timely themes of isolation, disocciation and grief.