Meet the guest of honour for Celluloid Screams 2014 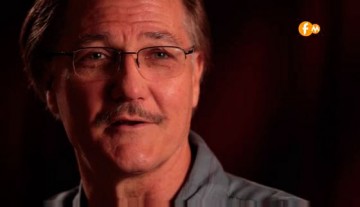 Not too long ago we shared the news that the Canadian film collective Astron-6 will open this years Celluloid Screams which will return for its sixth year to the Showroom Cinema in Sheffield between Friday 24th to Sunday 26th October 2004. Yesterday, Robert Nevitt the Festival Director for Celluloid Screams has confirmed more exciting news that is sure to set horror fan’s into a frenzy.

So without no further ado we are excited to share the news that the guest of honour for 2014 is none other than director/producer Brian Yuzna. As producer Yuzna collaborated with director Stuart Gordon to bring H.P. Lovecraft‘s Re-Animator and From Beyond to the big screen. Furthermore, as director he delivered the extraordinary film Society.

As for the festival, Brian will be in attendance in October to host special screenings of Society, Bride of Re-Animator and Dagon. He will also be the president of this years Celluloid Screams short film jury. So I hope you are just as excited as we are at this news and we hope to see you there at the festival.

[HORROR AND SCI-FI EDITOR] Jon Dickinson graduated from Sheffield Hallam University in 2006 with a Bachelor of the Arts degree in Communication Studies with an emphasis on PR and Multimedia. Since graduating he has contributed to several publications and regularly attends some of the biggest film festivals in the UK including Film4 Frightfest.
You might also like
News