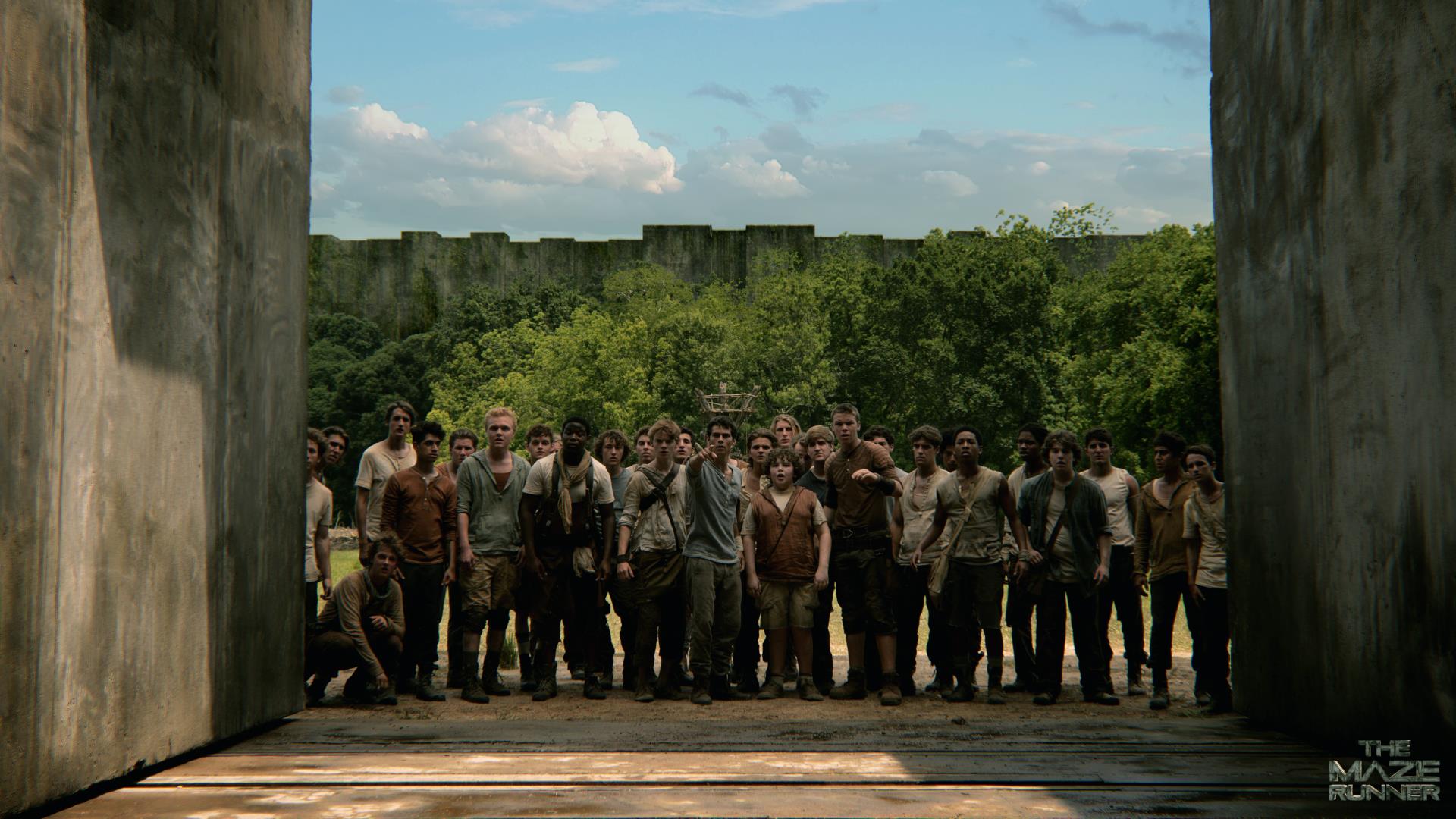 20th Century Fox has let the first trailer loose for Wes Ball‘s The Maze Runner, adapted from James Dashner’s young-adult dystopian novel of the same name. The film follows a group of youths who wake up in a rusty old elevator only to discover they have been trapped in a game set inside a giant, ever-changing maze. First thoughts that spring to mind? Well it certainly sounds like a Hunger Games/Cube hybrid and, lovers of the genre that we are, we can’t wait to find out just who has sent them all there and why.

Direction duties come from first time feature helmer Wes Ball whose previous work includes the short film, Ruin (see below) whilst the script is provided from Noah Oppenheim who worked closely with Dashner himself. Dylan O’Brien, Will Poulter, Kaya Scodelaria, Thomas Brodie-Sangste and Patricia Clarksoner star with The Maze Runner all set to find its way into UK cinemas this October 24th.

Should this take off anything like The Hunger Games franchise did then there’s plenty of material to work with as the first novel spawned two sequels: The Scorch Trials and The Death Cure and Dashner went on to write a prequel entitled The Kill Order, which was released last August.

With still a long way until the cinema release, watch the trailer below at your peril as you are going to be so wishing it wasn’t such a long wait to get to see this one. We’ll also leave you with the aforementioned Wes Ball short, Ruin. Enjoy…

Based on the best-selling young adult thriller, THE MAZE RUNNER is set in a post-apocalyptic world where Thomas (Dylan O’Brien) is deposited in a community of young men after his memory is erased. After learning they’re all trapped in a maze, Thomas joins forces with fellow “runners” to not only escape the maze, but solve its riddle and reveal the chilling secret of who brought them there, and why.

In this article:The Maze Runner