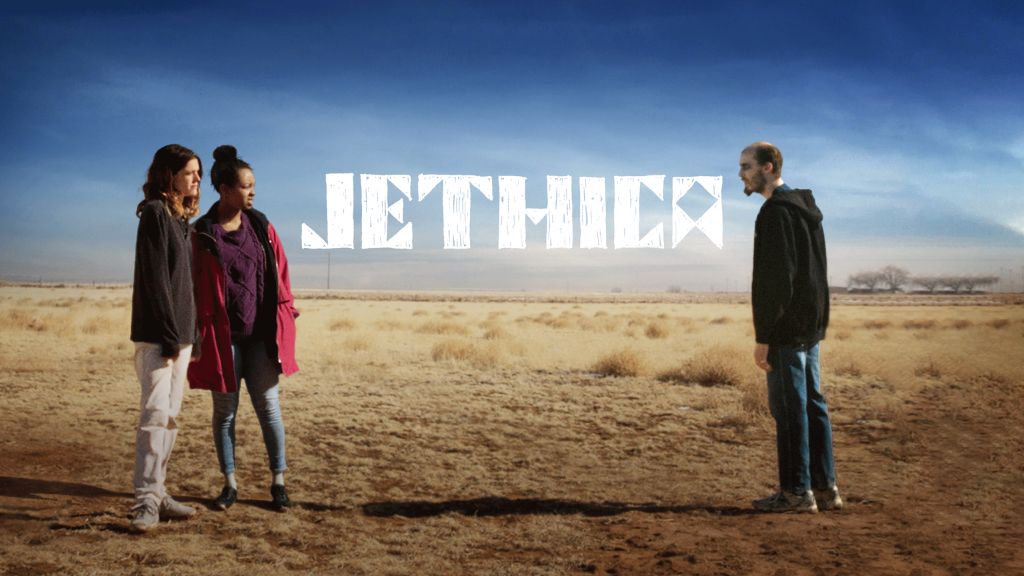 Lightbulb Film Distribution has today revealed the first poster and trailer for Pete Ohs‘ (Youngstown, Everything Beautiful Is Far Away) offbeat comedy-horror, Jethica.

Directed by Ohs, from a script he co-wrote in collaboration with stars Callie Hernandez (Under the Silver Lake), Ashley Denise Robinson (The Beta Test), Andy Faulkner (Youngstown), and Will Madden (The Wolf of Snow Hollow), the film finds Jessica living in fear of a man named Kevin who follows her everywhere she goes. While on a road trip in New Mexico, she reconnects with Elena – an old friend she hasn’t seen since high school – who has been hiding out at her deceased grandmother’s ranch. When Kevin mysteriously appears again, Jessica and Elena seek help from beyond the grave to get rid of him for good… but Kevin is different from other stalkers and won’t move on so easily.

This intimate production was carried by Ohs, who also shot, edited, and produced the film, with Ryan Kampe acting as Executive Producer.

Commenting on the release, Ohs said, “Cinedigm has given an incredible platform to independent cinema thanks to Fandor, and I’m thrilled that Jethica will be a part of it … It’s meaningful when small movies like this get the opportunity to reach a wider audience. I think we made a very cool and strange film that challenges expectations and I’m looking forward to more people seeing it.”

Sales & Acquisitions Director, Peter Thompson added, “Jethica has such an endearing quality; the offbeat humour, the chemistry between the two lead characters, and Kevin (the stalker), whose skewed perspective allows meaningful conversations between the abuser and the abused. Director Pete Ohs is a visionary filmmaker – an exciting new voice in elevated-genre. We are thrilled to be bringing his latest feature to audiences in the UK and Ireland.”

Jethica will be available to own or rent in the UK & Ireland from Feb 6 via AppleTV, Amazon, Sky Store, Virgin Media, Google Play and RakutenTV, and, in the meatime, we’ll leave you with the first official trailer for this darkly comedic oddity.