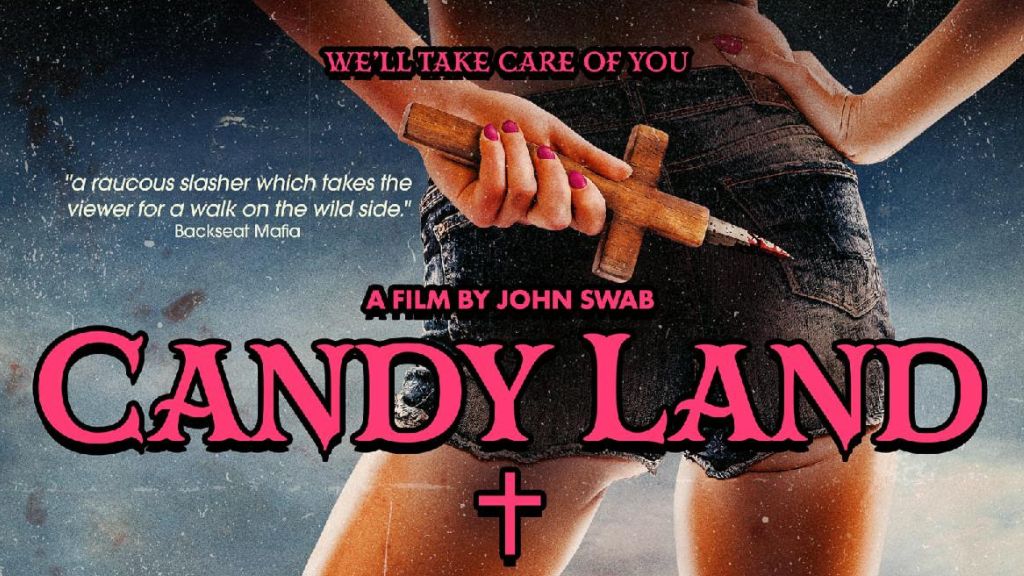 After enjoying a wealth the buzz on the international festival circuit since it first premiered at the Locarno Film Festival in August 2022, John Swab‘s (Ida Red, Let Me Make You a Martyr) horror-thriller Candy Land is all set to release in theaters and on demand this Friday.

Written and Directed by Swab, Candy Land focuses on Remy (Olivia Luccardi – It Follows, “The Deuce”), a seemingly innocent and pious young woman who is cast out of her religious cult. With nowhere to go, she finds acceptance in the underground world of truck stop sex workers a.k.a. “lot lizards,” courtesy of her hosts, Sadie (Sam Quartin – Run With the Hunted, Body Brokers), Riley (Eden Brolin – Arkansas, “Yellowstone”), Liv (Virginia Rand – I Am Fear) and Levi (Owen Campbell – X, Super Dark Times). Under the watchful eye of their matriarch, Nora (Guinevere Turner – American Psycho), and enigmatic local lawman, Sheriff Rex (William Baldwin – Flatliners, Backdraft), Remy navigates between her strained belief system and the lot lizard code to find her true calling in life.

In anticipation of Candy Land releasing in theaters and on demand this Friday, January 6, we sat down with Swab and Quartin who discussed the film’s quasi-documentary feel and the genesis behind creating a revenge slasher film with no boundaries which focuses on the dissenting morals and perspectives of “lot lizards” and religious cult members.