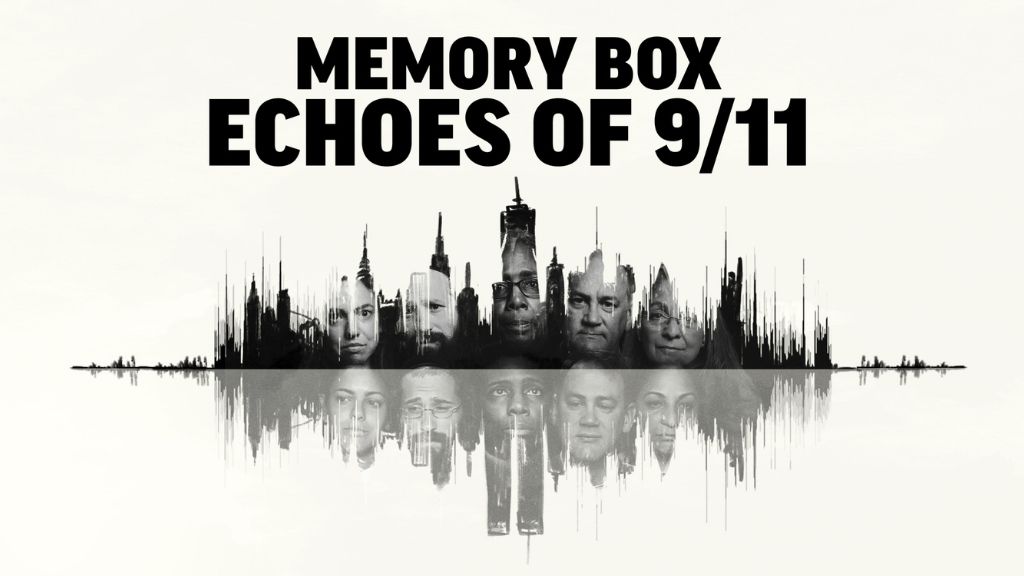 ‘Memory Box: Echoes of 9/11′, a unique and innovative documentary that was officially selected by the Toronto International Film Festival as its centrepiece film to commemorate the twentieth anniversary of 9/11 will air this coming January 18 on SKY Documentaries ahead of the BAFTA TV Awards.

Directed by filmmakers David Belton (Shooting Dogs, Captive) and Bjørn Johnson (Don’t F**k with Cats, Bad Sport), this documentary addresses sadness, grief, and the subsequent healing process, unearthing a treasure trove of hidden video testimony to provide a truly original and immersive story of 9/11 and its life-changing impact – both then and now.

In the months that followed the attacks, nearly six hundred people – both survivors and eyewitnesses from New York, Shanksville, and the Pentagon – stepped inside a stark plywood video booth created by artist Ruth Sergel. It was here, in this safe space, that ordinary people were able to share their personal memories and record their deepest feelings of trauma and loss through the use of a self-operated camera.

This remarkable archive remained virtually unseen for twenty years until it was rediscovered by Johnson who, together with Belton, conceived a film that brought new meaning to a much-told historical moment. Combining dozens of personal testimonies with archive footage of the attacks, the film creates a startling and visceral experience that delivers a raw, confessional intensity that is seldom seen in mainstream documentaries.

Speaking of the project, Johnson said, “This was a deeply personal film to make. Having experienced the sudden loss of my mum just before 9/11, the instant life-changing impact of the attacks had always struck a powerful chord. For years I wanted to make a film that explored the trauma I imagined the victim’s families were going through. A trauma that I suspected mirrored my own. Discovering Ruth Sergel’s incredible archive collection finally gave me the chance to do that. Her simple self-operated video booth offered people that rare thing in life, a safe place free of questions or agenda, to talk openly and of their own accord. The emotional, transcendent truth that emerged was unlike anything I had ever seen before and became absolutely integral to the tone of our film.”

In a twist that pushes the narrative beyond its subject matter, some of the original participants return to a new video booth two decades later to reflect on living with their experience. Intertwining hope with grief, joy with loss, the documentary unfolds to provide a profound and timely meditation on the power of human resilience.

“When we rebuilt the booth we knew we had to honour the same principles from twenty years earlier: people should speak in their own words and in their own time.  Making the film through the pandemic meant we saw how the people who returned to the booth were, quietly and unostentatiously, offering us a guide about how it’s possible to grieve and move past traumatic events.  Lisa, Mary, Donn – so many others too – were giving us hope, showing us that we are resilient and that, in the words of Eric, ‘it’s ok to be not ok, to embrace discomfort. Until it passes’. After two years of so much unexpected grief and loss, their words are both profoundly moving and uplifting.” says Belton. ‘Memory Box: Echoes of 9/11’ will air on SKY Documentaries ahead of the BAFTA TV Awards on January 18. In the meanwhile, we’ll leave you with the official trailer for this riveting and intimate documentary.