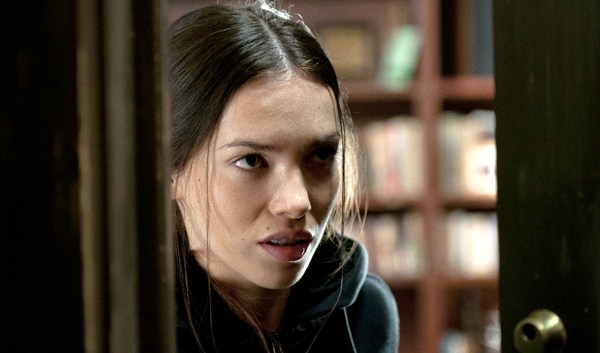 Whilst Anchor Bay Entertainment tend to steer clear of sequel territory they clearly felt that 2010’s rape/revenge remake I Spit On Your Grave (grossing only $570,000 worldwide) was desperately shouting out for a sequel.

None of the original cast will reprise their roles in this direct-to-DVD fare although the original helmer, Steven R. Monroe is intent on exploring further ways to terrorise a female lead and have her take care of all the men who made her suffer. Rather than having to deal with a bunch of rednecks this time the leading lady, played by  Jemma Dallender, will take on a group of photographers when a photo shoot gets just a tad out of hand.

I Spit On Your Grave 2 will receive its UK premiere at the Film4 Frightfest in London next month whilst the UK DVD release date is yet to be announced.

What starts out as an innocent and simple photo shoot soon turns into something disturbingly unthinkable. Raped, tortured and kidnapped to a foreign country, Katie is buried alive and left to die. Against all odds, she manages to escape. Severely injured, she will have to tap into the darkest places of the human psyche to not only survive, but to exact her revenge.