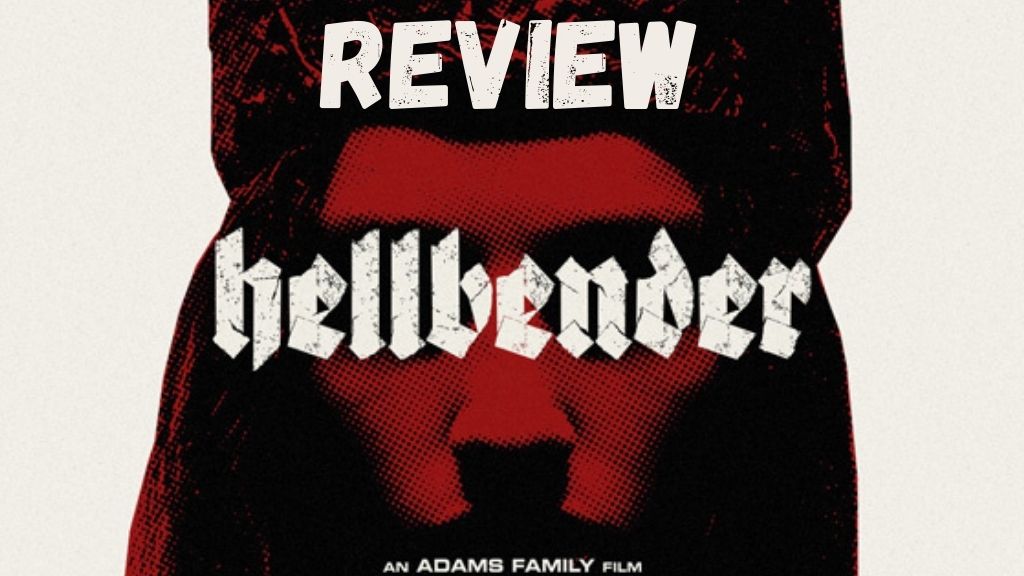 Synopsis: A mother’s isolation of her teen daughter soon comes to blows when she discovers her family’s dark history and ties to witchcraft.

My only previous experience of the Adams Family’s filmmaking was with The Deeper You Dig; a film I thought was haunting, sad and extremely impressive overall. Unfortunately, despite being another deep and entirely watchable effort, Hellbender didn’t quite leave the same lasting impression on me.

Hellbender is a coming-of-age story soaked in darkness, where lonely teen Izzy (Zelda Adams) struggles to understand why her mother keeps her confined to their isolated cabin in the woods. The pair live a lonely existence where they pass the time playing together in a band, but everything changes when Izzy meets a fellow teenager in the woods.

Amber (Lulu Adams) is her opposite: a confident, carefree young woman who drinks beer at the poolside and lives a life that Izzy has never or will ever experience. One of the strengths of this film is the ease in which it sucks you in through its effortless sense of feeling natural and real. Being able to draw on the real connections they have with one another must make it easy for this filmmaking family to replicate this trueness in front of the camera.

There is a feeling of palpable intensity and awkwardness when Izzy meets Amber and agrees to sit beside her. The audience are in the same boat as Izzy as we do not yet understand why she must keep her distance from others, so we’re left feeling on edge and wondering what could happen. Zelda Adams easily conveys a sense of hesitance and innocence, again begging the question: what exactly is wrong with her?

Hellbender’s grounding in reality – something that has become a welcome trademark of this family’s films – makes its moments of horror feel even more terrifying. All the audience and Izzy’s questions are slowly answered in a quietly chilling manner: people start to go missing and Izzy’s true self is mostly hinted at to leave the audience to draw their own conclusions. This is extremely effective, allowing our own imaginations to run wild but I must admit, I’d have liked to have seen more on-screen death-related witchy-ness.

Don’t get me wrong, there are many scenes that are suitably creepy, with the ominous score helping to ramp up the horror. The finale of the film is also very effective and surprising, going to some rather dark places you’d not expect as Izzy battles between her nature and nurture. The film is expectedly artsy, filled with extreme close-ups and scenes that blend dreams and reality, marking some of the film’s most memorably creepy moments. Those that like their horror more literal may struggle with these scenes that often add little to the plot.

However, beneath the engulfing creepiness and the strong performances, there is a sense of monotony and a pace that is sometimes painfully slow, making the film’s 80-minute runtime feel far longer. I can appreciate the care and attention that has gone into Hellbender, plus its interesting take on growing up and nature vs. nature, but I can’t say that it’s something that I will rush to watch again. Nonetheless, I will always be at the front of the queue to see what this talented family brings us next.