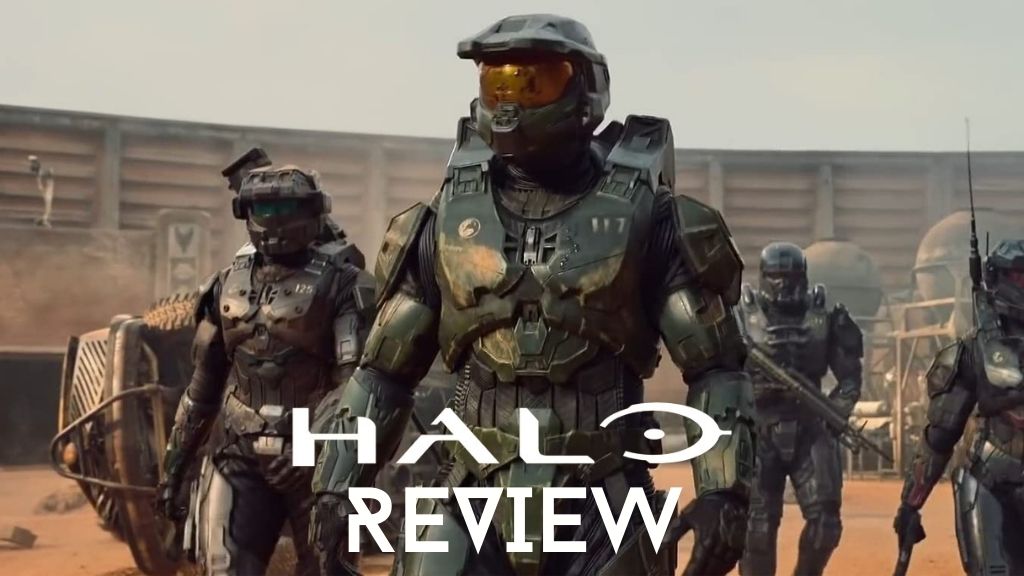 SYNOPSIS: Based on the video game franchise of the same name, “Halo” follows a 26th-century war between the United Nations Space Command and the Covenant, a theocratic-military alliance of several advanced alien races.

[Disclosure: The following review relates to the first two episodes that screened at this year’s SXSW Film Festival and not the entire season]

Often many productions that spend years wading through development Hell tend to wind up a botched job with too many cooks spoiling the broth, but Kyle Killen (“Lone Star,” “Awake”) and Steven Kane‘s (“The Last Ship,” “Closer”) stand-alone non-canon take on one of the highest-grossing media franchises in history managed to come out the other side a meticulous and seamless package. Steven Spielberg‘s hands-on involvement from the very beginning (he read all the scripts, helped select screenwriters, directors, cast, production design, and visual effects) is readily apparent, as the series adopts the ethos, bravado, and charm of ’70s and ’80s sci-fi space operas and Disney+’s more recent Star Wars spin-offs. As soon as we set foot on the first planet, Madrigal, everything oozes with all the trappings firmly within the Spielberg/Amblin wheelhouse.

When the first creatures make their appearance, this writer was a bit concerned that the show was going to overly rely on CGI, but those concerns were quickly dispelled with the Spartans’ thunderous arrival. They are rendered much more realistically and their showdown with the aforementioned creatures makes for an impressive and sublimely constructed gladiator battle.

Despite the show’s action-packed prologue, once things switch gears to more dramatic beats, the tightly paced script is carried along with some excellent performances and genuinely touching and relatable chemistry, most notably Pablo Schreiber (“American Gods,” Skyscraper) as Master Chief and Yerin Ha as Kwan Ha Boo. Other notable actors who don’t get a great deal of screen time just yet, but who are bound to play pivotal supporting roles in forthcoming episodes are Natascha McElhone as Dr. Catherine Elizabeth Halsey, the creator of the Spartan-II Project, Bokeem Woodbine as Soren-066 who has a long history with Master Chief, and Olive Gray‘s highly ambitious Dr. Miranda Keys.

While bringing an entirely new story to the Halo universe, the show by no means neglects its source material or the millions of fans around the world, painstakingly recreating the look and feel of the game, featuring some jaw-droppingly inspired locations, and gracefully switching to occasional inspired POV moments, putting you directly into Master Chief’s suit, albeit only for a brief few moments; at least for the time being.

Halo’s narrative might not be entirely groundbreaking by any means, but its carefully balanced blend of drama and action-driven beats, which work so well in similar productions such as “The Mandalorian,” Paul Verhoeven’s Robocop, and Luc Besson’s Léon, is guaranteed to engulf the audience in the sum of all its parts. Based on the first two hours I’ve been able to spend in this new chapter of the Halo franchise, Killen and Kane have crafted a universe teeming with intriguing characters and lush locations that are ripe for providing season upon season of intriguing story arcs – it comes as no surprise to me that the show was picked up for a second season even before the first season aired.

Despite the sci-fi series market being one of the most crowded right now, “Halo” manages to hit the sweet spot by approaching things sufficiently different from anything else out there right now, whilst simultaneously appealing both to die-hard fans and unfamiliar audiences alike, making it not only one of the best science fiction shows currently on offer, but also a shining example of how to get a video game adaptation right.

As mentioned, the first two episodes of the series screened at SXSW on March 14, 2022 with the show premiering on Paramount+ on March 24, 2022.