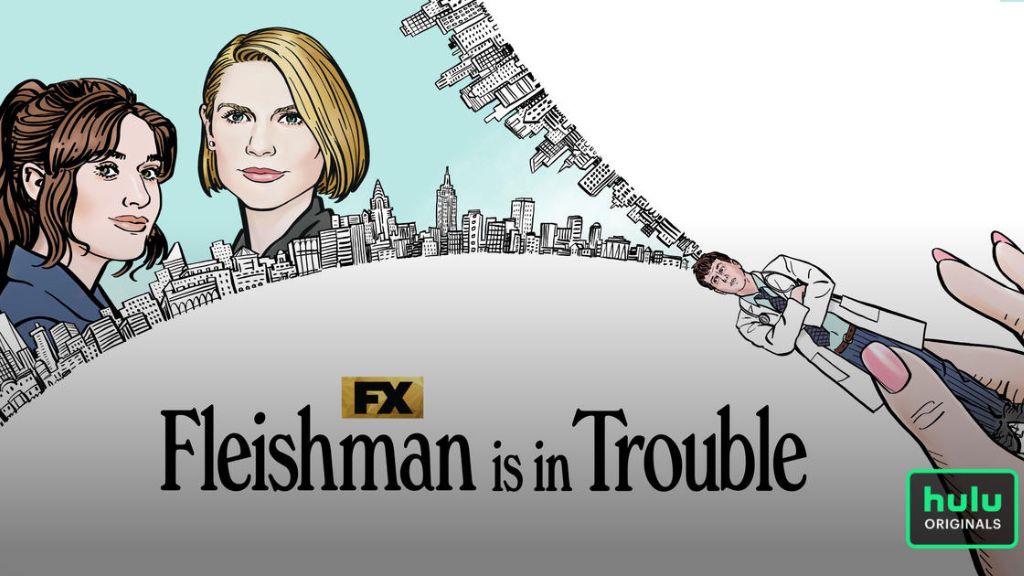 FX has unveiled the first official trailer for “Fleishman Is In Trouble,” a new mini-series created for television by Taffy Brodesser-Akner, who adapts from her acclaimed 2019 eponymous debut novel.

Brodesser-Akner’s profound comedy of manners, packed with humor and heart, centers on recently divorced 41-year-old “Toby Fleishman” (Jesse Eisenberg – The Social Network, The Double, The Art of Self-Defense), who dives into the brave new world of app-based dating with the kind of success he never had dating in his youth before he got married at the tail end of medical school. But just at the start of his first summer of sexual freedom, discovers that Rachel (Claire Danes – The Hours, Romeo + Juliet), – his wife of 15 years, from whom he’s now separated – has disappeared, leaving him with 11-year-old “Hannah” (Meara Mahoney Gross – Don’t Look Up) and 9-year-old “Solly” (Maxim Swinton – Raymond & Ray) and no hint of where has she gone, and why.

As he juggles parenting, the return of old friends “Libby” (Lizzy Caplan – Cloverfield, “Fatal Attraction”) and “Seth” (Adam Brody – Ready or Not, Promising Young Woman, The River Wild (2023)), and a possible long-anticipated promotion at the hospital – not to mention all the eligible women Manhattan has to offer – he realizes he’ll only really be able to fathom what happened to Rachel once he finally addresses what went wrong with their marriage in the first place.

Brodesser-Akner executive produces alongside Sarah Timberman, Carl Beverly and Susannah Grant. Valerie Faris and Jonathan Dayton (Little Miss Sunshine, Battle of the Sexes) also serve as executive producers and have directed various episodes across the series. Shari Springer Berman and Robert Pulcini serve as additional executive producers on the multiple episodes they directed. “Fleishman Is In Trouble” is produced by ABC Signature.

FX’s “Fleishman Is In Trouble” will premiere with two episodes on November 17 only on Hulu, with a new episode released each subsequent Thursday.