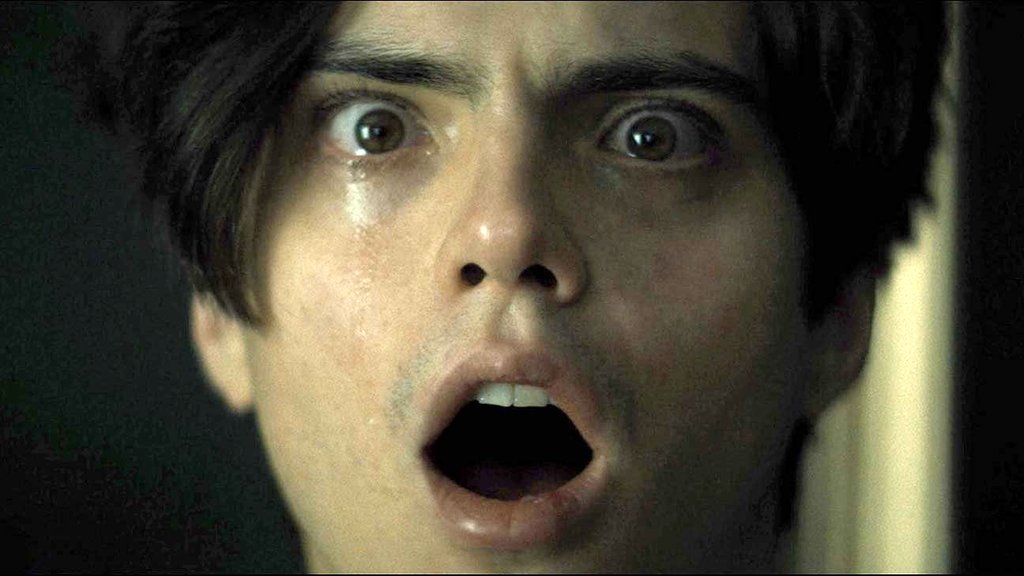 Director Adam Egypt Mortimer has said that this is the film he wanted to make before 2015’s Some Kind of Hate and used his debut to help get Daniel Isn’t Real off the ground. In short, it was worth the wait. Daniel Isn’t Real is a strikingly creative piece of film-making and one that will linger long after the credits roll.

The film begins with Luke as a child, innocently playing games with Daniel and talking to him as a means of escaping his reality. It becomes clear that Daniel has been conjured out of Luke’s sadness and isolation. His mother suffers from mental health problems and his father seems to be at his wit’s end about what to do. Daniel becomes a welcome distraction for Luke, someone he can use to take his mind off what’s happening around him. However, when Daniel forces Luke to do something dark and dangerous, his mum decides it’s time to lock Daniel away for good.

As the film progresses and time moves ahead to when Luke is a teenager, it is soon questioned whether Daniel is simply an innocent imaginary friend or something else entirely. Daniel becomes the devil on Luke’s shoulder, egging him to do think he’d usually not have the confidence to do; talking to smart and confident girls like Sasha Lane’s Cassie, for example.

Lane continues to solidify herself as a strong, young actor after her breakout performance in American Honey. She brings a complex character to Daniel Isn’t Real and is far more than a romantic interest. She represents an alternative way of life for young people, showing that choosing to live creatively and independently can be just as fulfilling as following an educational route. She becomes the devil on Luke’s should that he should be listening to; encouraging him to live more freely,  but without the danger associated with his invisible friend.

Much of the film’s intensity is thanks to the cast’s performances. As Daniel, Schwarzenegger is brilliant. He perfectly treads the line between charm and chilling, portraying a character that is easy to admire, but nonetheless terrifying. He is Luke’s dark side (May the force be with you! I wonder if that’s a purposeful joke in Daniel Isn’t Real…) and although, their opposing personalities seem a tad cliché and reminiscent of Tobey Maguire’s character change in Spider-Man 3, it can’t be denied that Schwarzenegger was born to play a role like this. 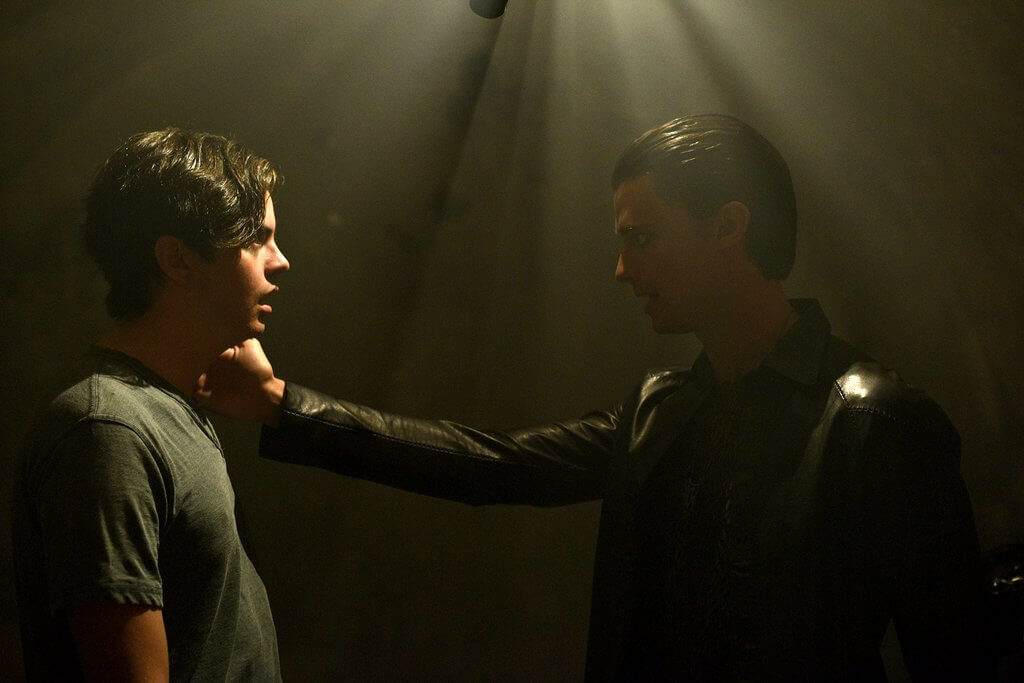 Robbins is also excellently cast as the tortured Luke and he really gets the chance to get his teeth into this script. As Luke begins to question his own sanity, wondering if he has similar cerebral problems like his mum, it’s easy to empathise with his character. He figuratively and literally begins to fight his own demons as he realises that Daniel’s intentions are far more sinister than he could ever have imagined.

Like the films Hellraiser and Baskin, Daniel Isn’t Real is awash with a gorgeous, scary visuals and sharp editing that’ll give you nightmares on their own. While Daniel further infects Luke’s mind, increasingly more nightmarish visuals haunt the screen; Mortimer creates a world that wears its darkness brightly and isn’t afraid to go the extra mile to ensure his audience leave the film on-edge. The film is awash with dark imagery that may have come straight from hell itself and it is used to reinforce just how terrifying Daniel’s hold on Luke is.

Daniel Isn’t Real is an excellent achievement in horror-drama, using the fantastic to heighten a very real and grounded commentary on mental health and schizophrenia. It’s a haunting film, both thematically and visually, succeeding as an intelligent work of art, but also as a pure and simple horror film.