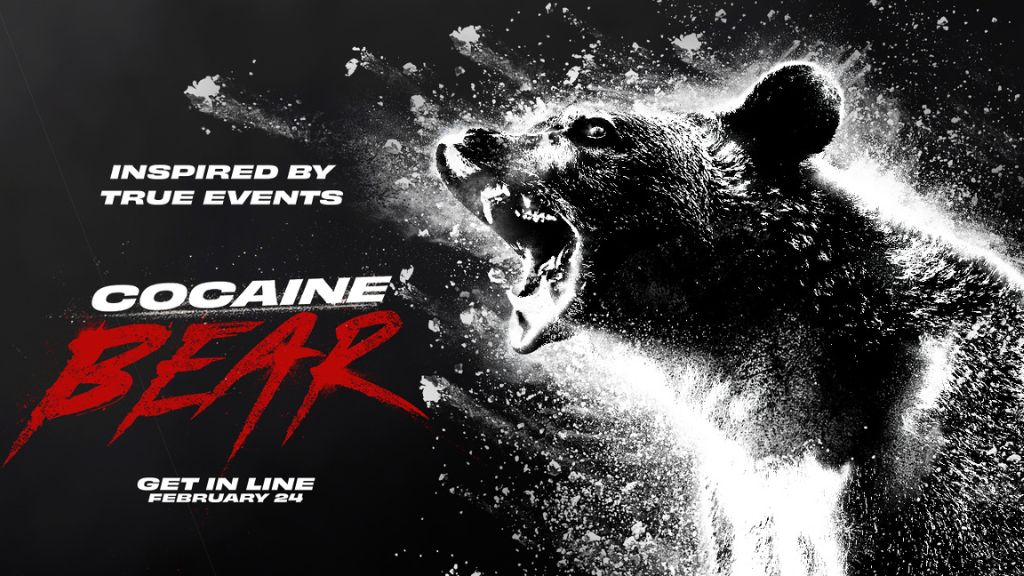 Universal Pictures has dropped (pun intended) the first voracious, hopped-up trailer for Elizabeth Banks horror survival caper Cocaine Bear, inspired by the true story of a 175-pound black bear that was discovered dead in northern Georgia after ingesting a duffel bag full of cocaine that had apparently dropped from a plane piloted by a former narcotics officer and convicted drug smuggler.

This wild, dark comedy finds an oddball group of cops, criminals, tourists and teens converging in a Georgia forest where a 500-pound apex predator has ingested a staggering amount of cocaine and gone on a coke-fueled rampage for more blow … and blood.

Cocaine Bear is set to alter minds when it runs riot in Theaters on February 24, 2023. Until then, we’ll leave you with the aforementioned trailer that promises to provide a non-stop rush of survival action, horror and eye (and nose) candy in equal measure.