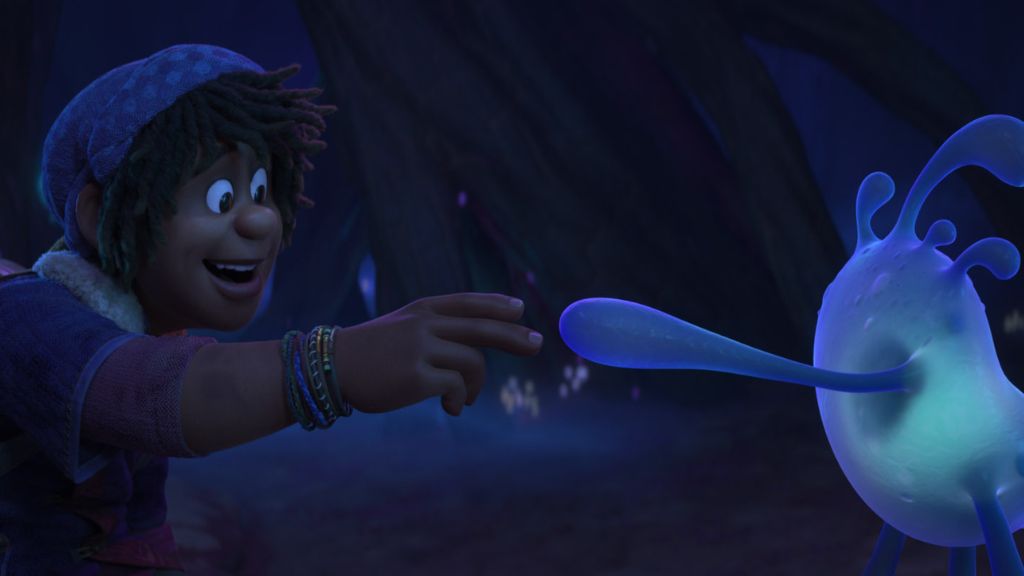 Helmed by Don Hall (Oscar®-winning “Big Hero 6,” “Raya and the Last Dragon”) and co-director/writer Qui Nguyen (co-writer “Raya and the Last Dragon”), Strange World introduces a legendary family of explorers, the Clades, as they attempt to navigate an uncharted, treacherous land alongside a motley crew that includes a mischievous blob, a three-legged dog and a slew of ravenous creatures.

The film’s ensemble voice cast includes Jake Gyllenhaal (Prince of Persia: The Sands of Time, Spider-Man: Far from Home) as Searcher Clade, a family man who finds himself out of his element on an unpredictable mission; Dennis Quaid (Innerspace, The Day After Tomorrow) as Searcher’s larger-than-life explorer father, Jaeger; Jaboukie Young-White (Ralph Breaks the Internet) as Searcher’s 16-year-old son, Ethan, who longs for adventure; Gabrielle Union (Cheaper by the Dozen) as Meridian Clade, an accomplished pilot and Searcher’s partner in all things; and Lucy Liu (The Kung Fu Panda franchise) as Callisto Mal, Avalonia’s fearless leader who spearheads the exploration into the strange world.

“Inspired by classic adventure stories,” said Hall, “‘Strange World’ is an original animated adventure/comedy about three generations of the Clade family who overcome their differences while exploring a strange, wondrous and oftentimes hostile world.”

Strange World releases in U.S. theaters this November 23rd, and in the meantime, we’ll leave you with the aforementioned first official trailer.