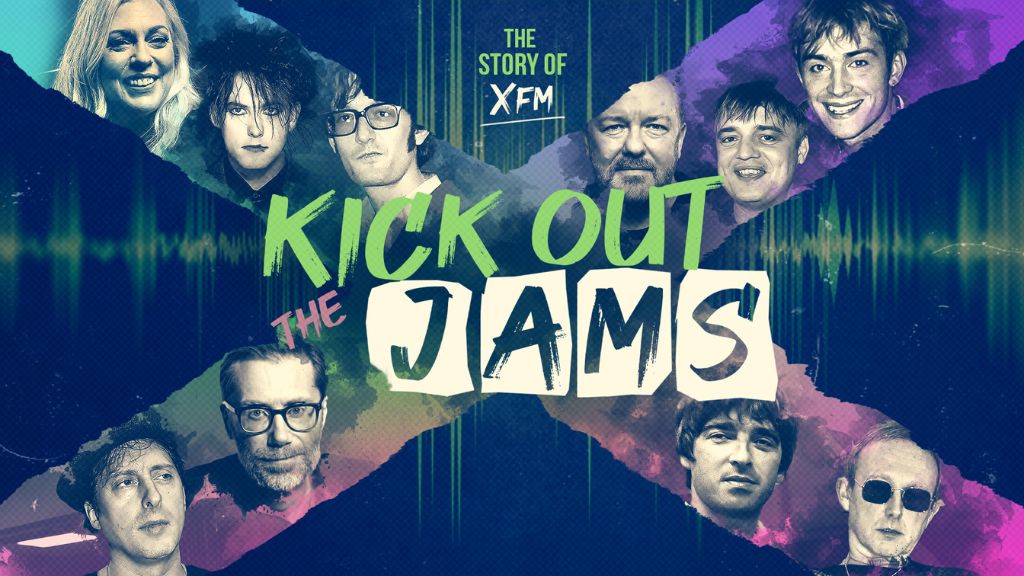 Signature Entertainment has unleashed the first trailer and artwork for Kick Out the Jams: The Story of XFM; a deep-dive documentary into the radio station originally launched in London in 1992 by Sammy Jacob (who founded its precursor Q102) and The Cure’s Manager, Chris Parry.

Directed by Ray Burdis (The Wee Man) and produced by Brian Anderson (Britain’s Gangland) and Ian Jefferies (Faces of the Underworld), the documentary takes its name from the first-ever song to play on their airwaves and follows the development of XFM from its rebellious pirate radio roots in the early ‘90s, through to its official FM radio launch in 1997 as a major platform for launching alternative talent into the mainstream.

The doc also chronicles the struggles and influence of the station which gave rise to the likes of Ricky Gervais and Stephen Merchant, whose global hits “The Office” and “The Ricky Gervais Show” were originally developed while working at the radio station. XFM also unlocks its rich musical vault, including rare footage and unseen photos of Oasis and Blur, allowing an intimate look into the station at the centre of the Britpop craze of the 90s.

Signature Entertainment will release Kick Out the Jams: The Story of XFM on Digital Platforms this coming 2nd September and, prior to the release, there will be a special public Q&A screening at Picturehouse Central on 31st August hosted by DJ and former XFM Claire Sturgess with DJs John Kennedy and Jim Brenner plus music writer Keith Cameron and documentary producer Ian Jefferies.