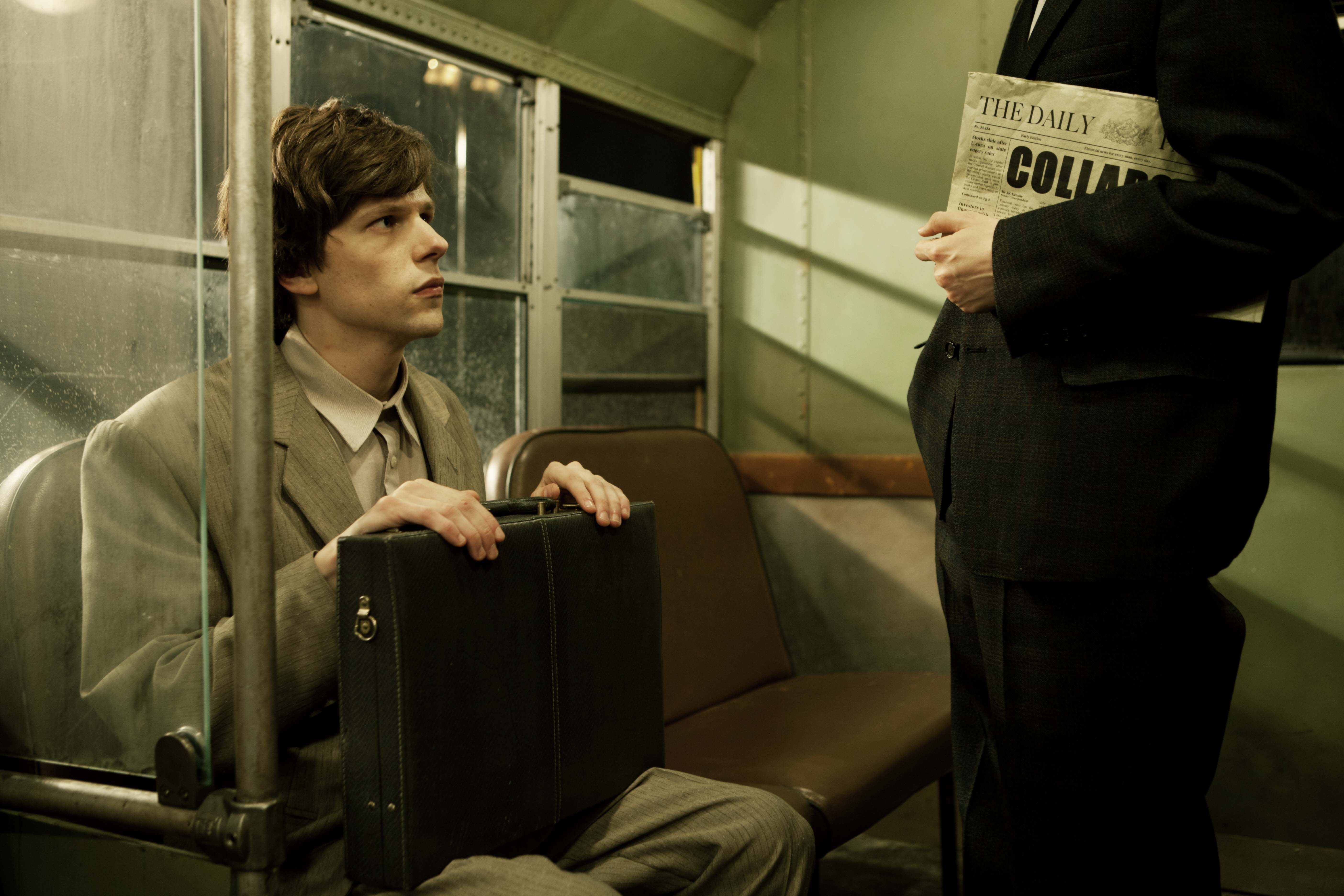 Ever heard of a writer named Fyodor Dostoyevsky? Well comedic actor Richard Ayoade has chosen to adapt this, offbeat story of The Double.

After the success of Submarine back in 2010 the acclaimed British director has adapted Dostoyevsky’s celebrated novella and turned it into what appears to be a rather eccentric take on the original.

Eisenberg plays the un-confident, timid Simon who seems to get over-looked by virtually everyone, especially the female of the species. If Simon’s life couldn’t get any worse the arrival of his doppelganger James sends him spiralling into insanity. The track used on this trailer is rather different compared to the jazzy teaser we got late last year. Here, there is a more sinister, dramatic piano score giving the film a much darker tone – yet from the images we see here the film still seems to maintain it’s funny moments.

From this longer teaser trailer we also see the picturesque Mia Wasikowska (Stoker, Lawless) not to mention James Fox, Chris O’Dowd, Noah Taylor and Sally Hawkins The Double appears to be a highly anticipated dose of Ayoade’s clever comedy.

The Double will be released in April this year and looks as if it might be worth a look in. Take a look at this trailer and see what you make of it.