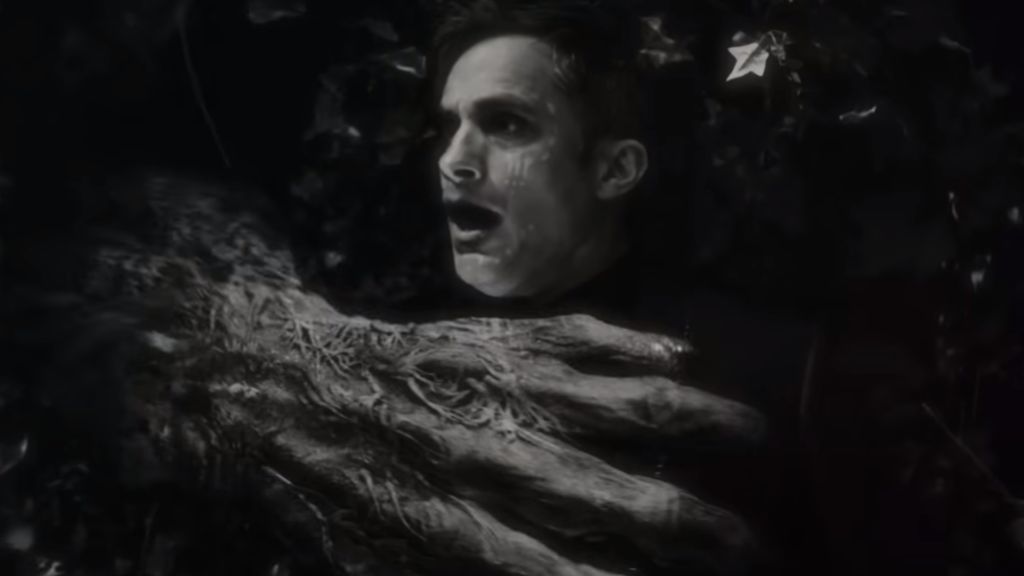 During this past weekend’s Disney D23 Expo, Marvel Studios unveiled the jaw-dropping trailer for its first TV special, the Halloween-themed Werewolf by Night.

Helmed by Oscar-winning composer Michael Giacchino (marking his feature-length directorial debut) the TV Special is penned by Peter Cameron (“Moon Knight”, “WandaVision”), from an original story by Heather Quinn (“Hawkeye”). Starring Gael Garcia Bernal (Old, Y tu mamá también), Laura Donnelly (“Outlander”, “The Nevers”), Harriet Sansom Harris (Licorice Pizza, “Desperate Housewives”), Eugenie Bondurant (The Conjuring: The Devil Made Me Do It, Fear of Rain), and Kirk R. Thatcher, the special is shot to recall iconic black-and-white horror classics, centering on Jack Russell (Bernal), who is capable of transforming into a lycanthrope superhero who uses these abilities, given to him by a curse brought on by his bloodline, to fight crime.

During the event, Disney also went on to confirm that audiences won’t have to wait all that long as the special will stream this October 7 only on Disney+. In the meantime, we’ll leave you with the spooktacular aforementioned trailer.