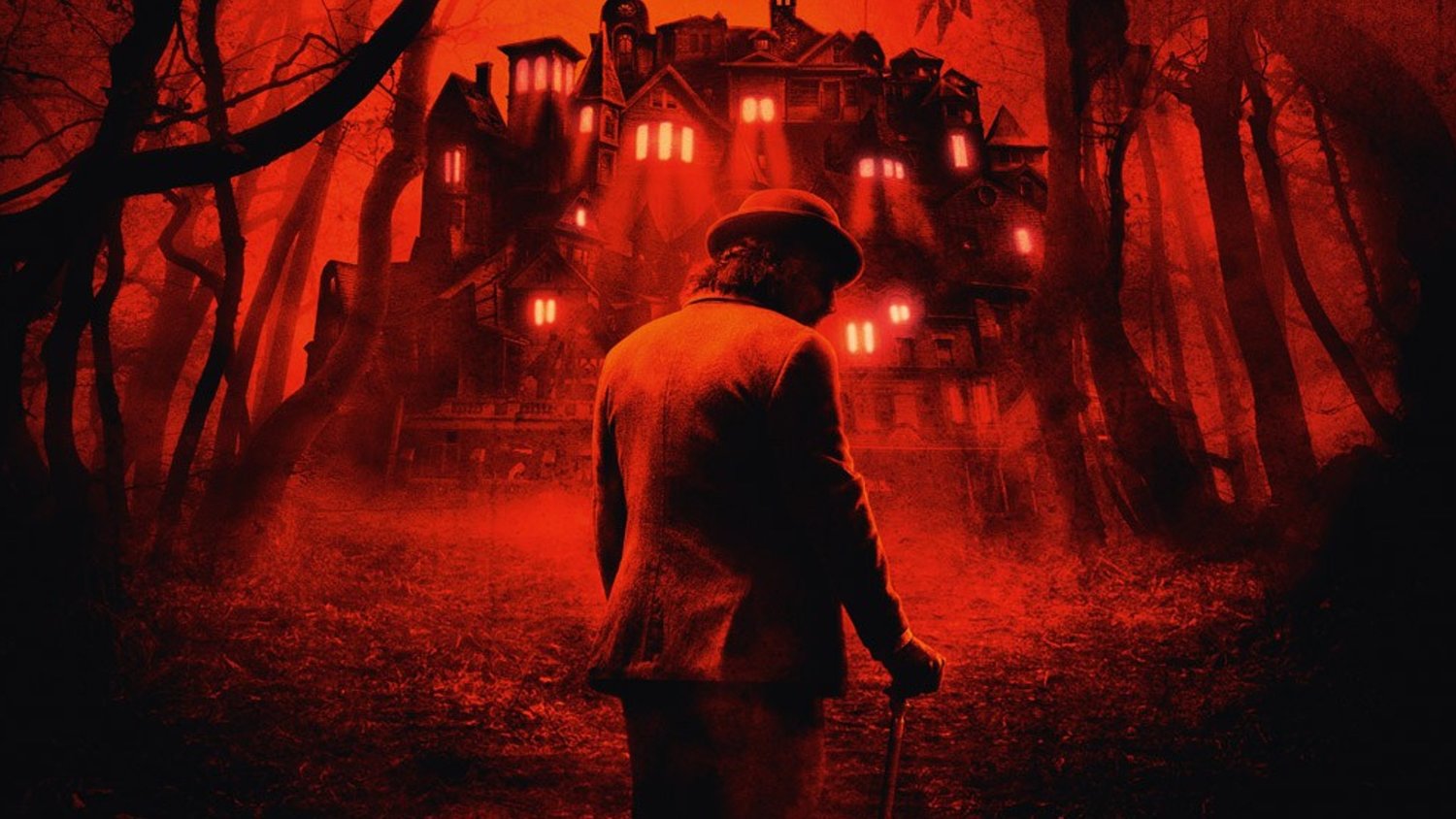 Helmer Darren Lynn Bousman’s latest neo-noir shocker, Abattoir, based on the Radical Publishing graphic novel of the same name, is by far one of the most original “haunted house” concepts to have come along in years, boasting all the trappings of a hallowed horror franchise.

Headed up by an ensemble cast of familiar genre faces including Jessica Lowndes, Joe Anderson, Lin Shaye and Dayton Callie, Abattoir follows real estate journalist, Julia (Lowndes) whose sister is viciously slaughtered alongside her husband and son under inscrutable circumstances by a deranged murderer (Michael Paré). Julia joins forces with local cop, Grady (Anderson), to unearth the real truth. With the entire room where the aforementioned violent crimes took place mysteriously ripped from the house, Julia and Grady follow the trail to the neighboring town of New England where a charming and enigmatic fellow going by the name of Jebediah Crone (Callie) has been amassing murders for his sinister master plan which won’t be revealed herein.

With Abattoir all set for a US release in theaters and on VOD and Digital HD this Friday, December 9, 2016, CinemaChords caught up with Dayton Callie to find out as much as we possibly could about Abattoir‘s affable antagonist, Jebediah Crone…

CinemaChords: On a number of occasions, Darren Lynn Bousman has said that he wrote the role of Jebediah Crone specifically with you in mind.

Dayton Callie: I don’t know that for sure but he had the comic books that the film is from and Darren said that as he was putting those into a screenplay he had me in mind before we even had contact. He had me in mind and was just hoping to be able to get me on board I guess. I first met Darren when we did Devil’s Carnival which was a horror/musical/comedy or whatever the hell you want to call it (laughs). When we were doing that he was telling me about Abattoir this and Abattoir that so I just said to him, “Give me the script and we’ll see what’s up.”

CC: And could you picture yourself playing the role when you did finally read the script or did you have to have a good think about whether or not it was the right part for you?

DC: I had to read it a couple of times first. What I enjoyed about it was that it was a very different character than anyone I’m used to playing. It’s a whole different genre and a very different type of character for me. So I read it a couple of times and I tried visualising myself in these scenes and once I did that, I thought that it would be a whole lot of fun and challenging. We went on to do a few rewrites and worked on the character and it became more and more real.

CC: And were you heavily involved in rewriting the dialogue for your character, particularly as Darren had you intended for the role from the word go?

DC: That side of things was more down to Darren and Chris (Monfette) but I did have some suggestions as to where certain things should go or I’d say if I thought there was “too much of this” or “not enough of that.”

CC: Jebediah is not your average horror villain. He’s disquieting in the most charming of ways. I’m assuming that was something that appealed to you too?

DC: Well I guess that’s what attracted Darren to me because that’s the way I saw the character and I heard him as this charming character as we were doing it.

CC: A lot of the film was actually shot on location with the effects added in post. Was Darren very hands on to make sure the cast new exactly what kind of world he had envisioned to help you put your scenes into context?

DC: It seemed to be a collaboration. He told me what he needed and I would try to figure it out and of course had to allow for the visual effects that would come later. So he would explain to me what was going on but sometimes I would just not get it at all. Actually, I’d tell him, “I haven’t got a fucking clue what you’re talking about.” (laughs). So we would work more towards the blocking and somebody would say a sound or you’d hear a snap and that’s when something is happening off to your left or behind you or something like that. It was difficult, but after a couple of rehearsals, it definitely got easier. It was Jessica who had the real challenges as she really had to get her head around all that was going on around her that wasn’t really going on.

CC: So I’m guessing the final cut must have been quite different to what you had imagined during the shoot. What came as the biggest surprise?

DC: The fact that all that shit worked! (laughs) I’m always surprised when that shit works and I thought it came out good and I was like, “Wow! That’s fucking surprising. We actually did it!” You just never know. With special effects and things like that, it’s touchy shit. So I was really happy with how it all came out in the end…

We’d like to thank Dayton Callie and we’re more than intrigued to see where things go as there is a prequel already in the works going by the title of The Dwelling. In the meanwhile, we’ll leave you with the official trailer: 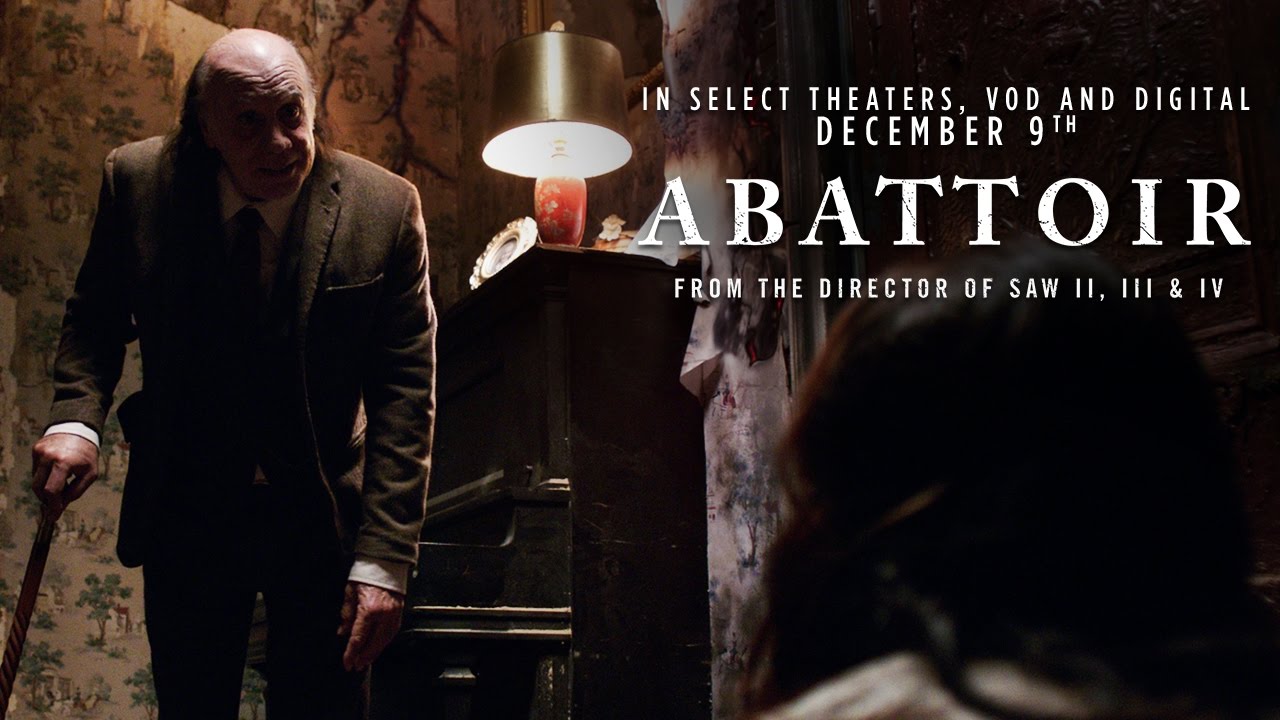 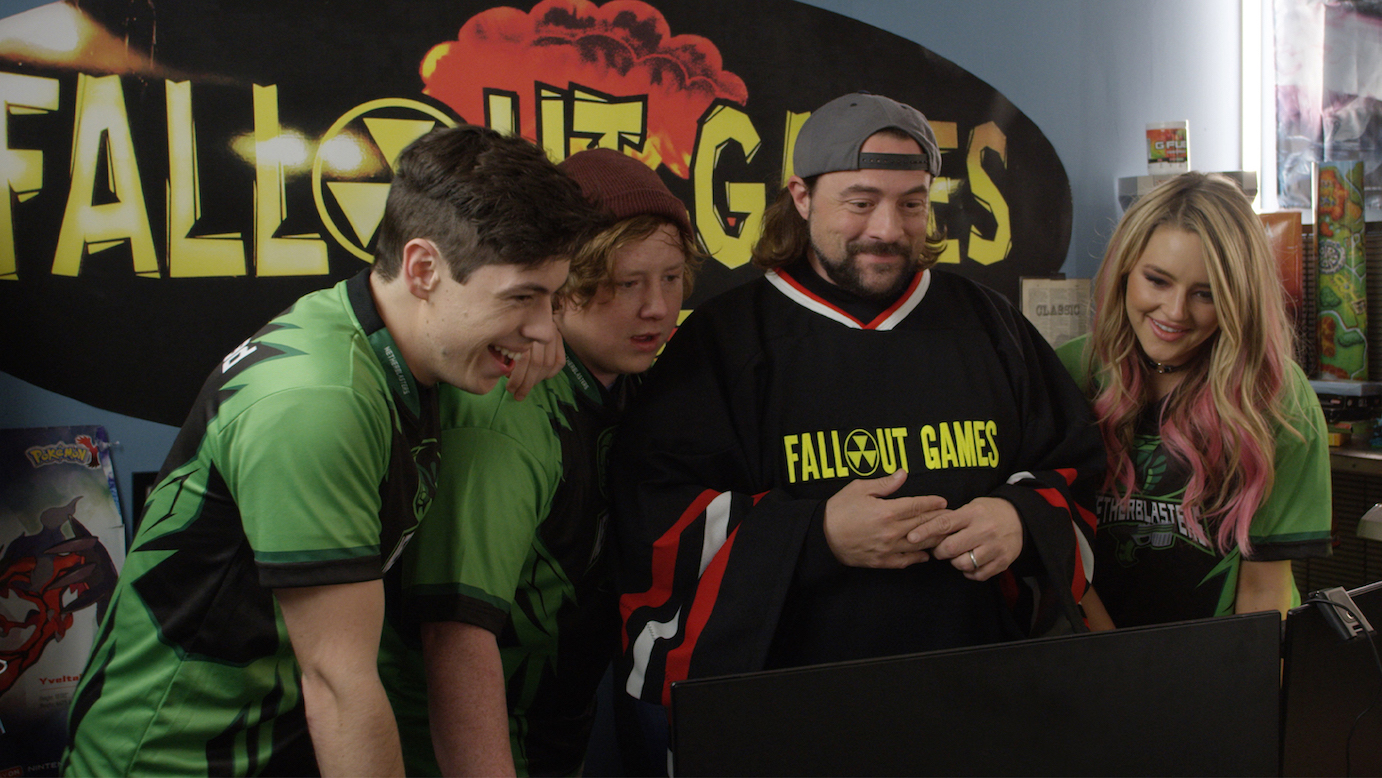 Prepare to get your retro game on as the action-packed comedy-adventure Max Reload and the Nether Blaster prepares to blast its way onto Blu-ray,...