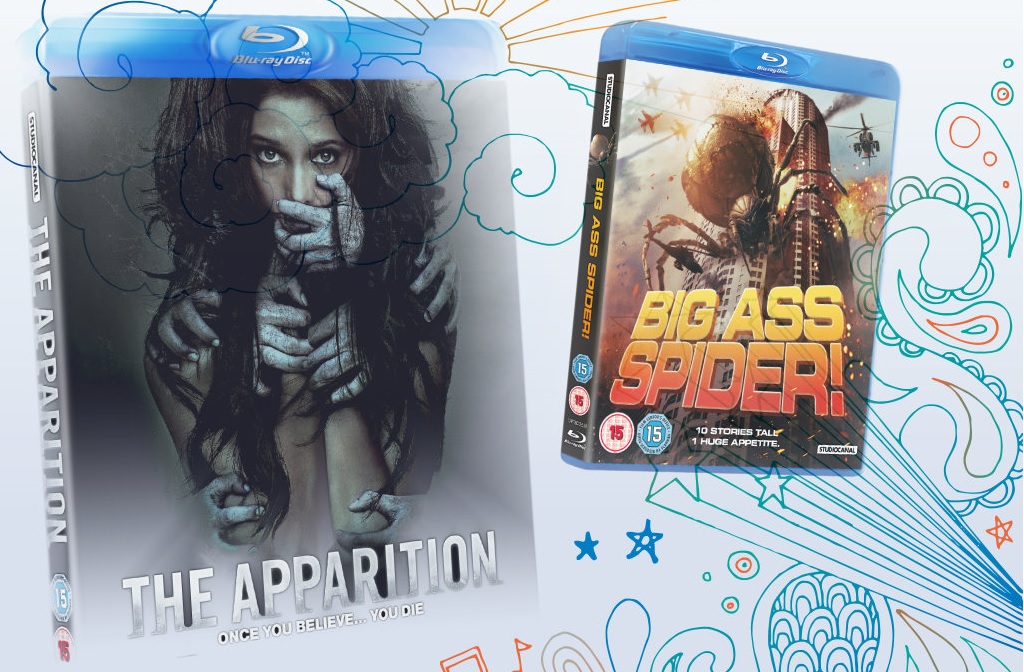 THE APPARITION stars Ashley Greene (Twilight), Sebastian Stan (Captain America: The First Avenger) and Tom Felton (Harry Potter). It is the ultimate supernatural thriller title – full of horrifying and twisted scenes that feed on fear itself.

Both films are out on DVD and Blu-ray on 23rd December.

To celebrate these releases, we are giving away to 2 lucky winners a copy of each title.

In Big Ass Spider! a 50-foot-tall alien spider escapes from a military lab and rampages the city of Los Angeles, forcing the people to turn to an unlikely hero: bug exterminator Alex (Grunberg) and his Mexican security guard sidekick Jose (Boyar).

In The Apparition, a group of students attempt to create a supernatural entity, but the experiment goes horribly wrong. Years later, young couple Kelly (Greene) and Ben (Stan) begin to experience a terrifying, unexplained presence in their new home…

Big Ass Spider! and the Apparition are both released 23rd December 2013

To be in with a chance of winning, these two Blu-rays just answer the question below by filling in the contact form underneath.

What was the name of Greg Grunberg’s character in Heroes?