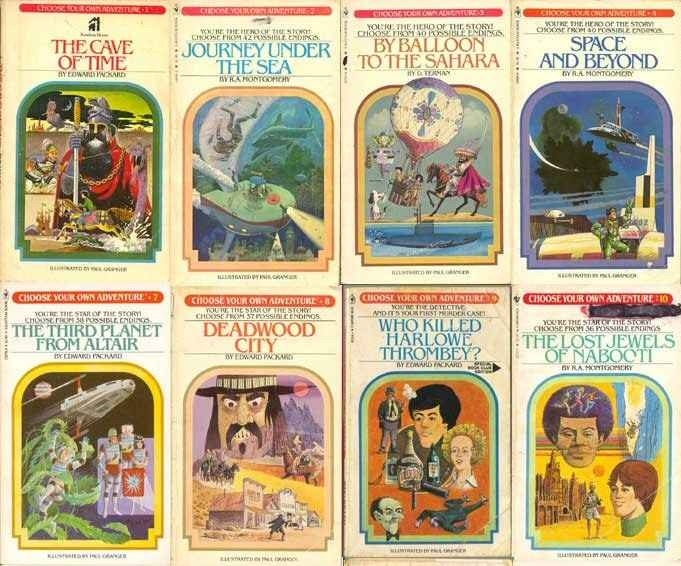 After last year’s sleeper comedy hit We’re the Millers, director Rawson Thurber Marshall is getting ready for an all new adventure and we’re guessing he’ll need a little help from you.

Last year we were intrigued at 20th Century Fox‘s announcement to bring Edward Packard and R.A. Montgomery’s Choose Your Own Adventure books to the big screen. After jumping to page 33 then 89 and now 22, the story unfolds with Thurber attached to direct said adaptation. The writing duo Thomas Lennon and Robert Ben Garant famed for writing Fox’s Night at the Museum are also reported to be in negotiations to pen the script. Coming up with a story inspired by stories that let the reader decide is going to be a tough challenge, unless touchpads are installed before the film reaches cinemas, so we look forward to seeing just what they rustle up.

While interactive storytelling isn’t something we expect to be implemented in cinemas any time soon, this idea of being able to choose your path sounds like something that could take off at home. Would you enjoy being able to choose what Indiana Jones or Freddy Kreuger do next time you see them in a movie and then go back for a second viewing only to see a completely different version as you choose a different path? Something you’d like to see or has the video game market already got that corner of the market covered?