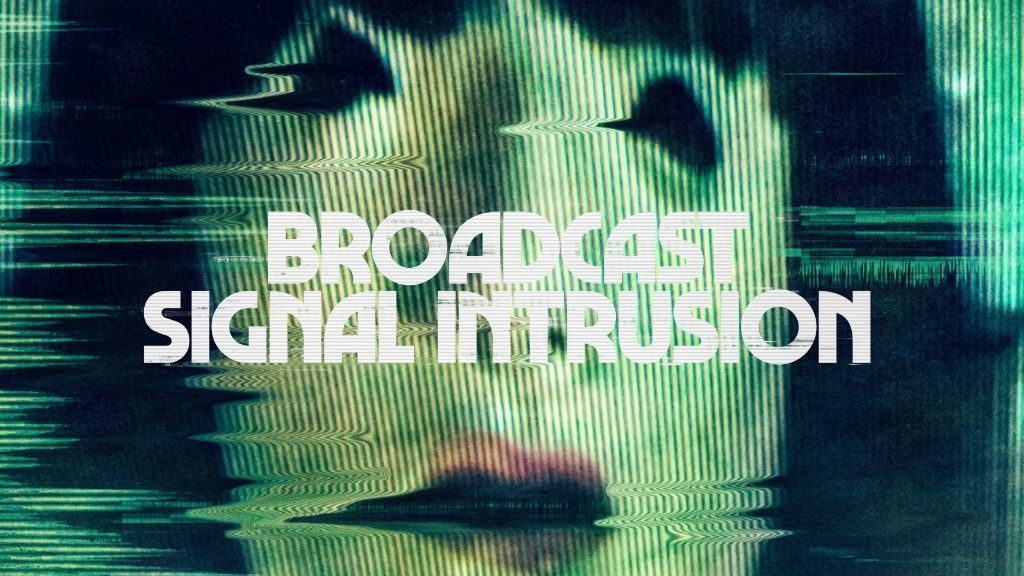 One of the buzziest films on the international genre festival circuit last year was Jacob Gentry‘s (Synchronicity) suspenseful crime shocker, Broadcast Signal Intrusion, and Lightbulb Film Distribution has today unveiled the UK theatrical poster and trailer for the film.

Directed by Gentry, from a script co-written by Phil Drinkwater and Tim Woodall based on a short made in 2016 of the same name, Broadcast Signal Illusion stars Harry Shum Jr. (Crazy Rich Asians, Glee), Kelley Mack (Shot In The Dark, The Walking Dead) and Chris Sullivan (This Is Us, Agnes). Set in 1999, the film tells the tale of James (Shum Jr.) who is archiving videotapes for a Chicago television station when he discovers that one contains a broadcast signal intrusion (BSI) where a disguised person acts strangely. The video is difficult to hear clearly, but this intrigues James. He chooses to investigate reports of a similar BSI that occurred during an episode of a sci-fi TV show, only to discover that the FCC took all of the station’s copies. As he continues to search, James uncovers a possible conspiracy that is linked to the disappearance of several women, including his wife Hannah.

Commenting on this acquisition, Sales and Acquisitions Director, Peter Thompson said, “Broadcast Signal Intrusion is an immersive, mind-bending, elevated-genre film. We cannot wait for UK and Irish audiences to go down the retro tech-thriller rabbit hole. For fans of Censor and Archive 81, this should be next on your watch-list!”

The film releases in UK/EIRE cinemas from 25th March, and on Digital Download & Blu-ray from 28th March and to pique your anticipation, we’ll leave you with the aforementioned trailer.