We all have been waiting for the Blue is the Warmest Color trailer for what seems to be an eternity. The official premiere at the Cannes Festival back in May 2013 had kept us all hanging on. When Adbellatif Kechiche’s movie won the Palme d’Or, audience anticipation for this film grew even stronger.

Well, the trailer is finally here!

It is a captivating premise to what will surely become a classic of New Queer Cinema. The simple waterfall of emotions to the tune of Beach House is a piece of art of its own. The mute characters displayed here are another attempt to keep the mystery alive until you get the chance to watch the full movie. For the UK, you will have to wait until the 15th of November to rush to your movie theater. Lucky for me, it will be shown at the Vancouver International Film Festival in a few days…

The French drama – based on the graphic novel by Julie Maroh – focuses on Adèle’s self-discovery and her love story with Emma, a blue-haired art student. The sublime Adèle Exarchopoulos / Léa Seydoux duo received critical acclaim for their performance. Blue is the Warmest Color has already been described as the first great love story of the 21st century. Expect some pretty realistic sensual scenes between the two actresses. In an interview earlier this year, Adèle and Léa were asked « What shouldn’t you think about during a sex scene ? ». Adèle looked into Léa’s eyes and simply stated : « I shouldn’t think… That I have my nose in your asshole.»

Dexter: 8 Years Inside the Kill Room 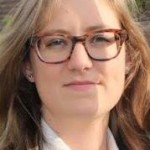 Laura is a Vancouver-based sarcasm aficionado. She volunteers in the active Hollywood North indie movie scene and by night becomes The Squeerelist - her Film Critic split personality. Until she makes her own feature-film starring both Jennifers from Kentucky, she judges other people’s work. Currently grieving an ending 8-year-relationship with Dexter the series, Laura finds comfort in kettle corn. Twitter : @TheSqueerelist // Website : www.squeerelist.blogspot.com