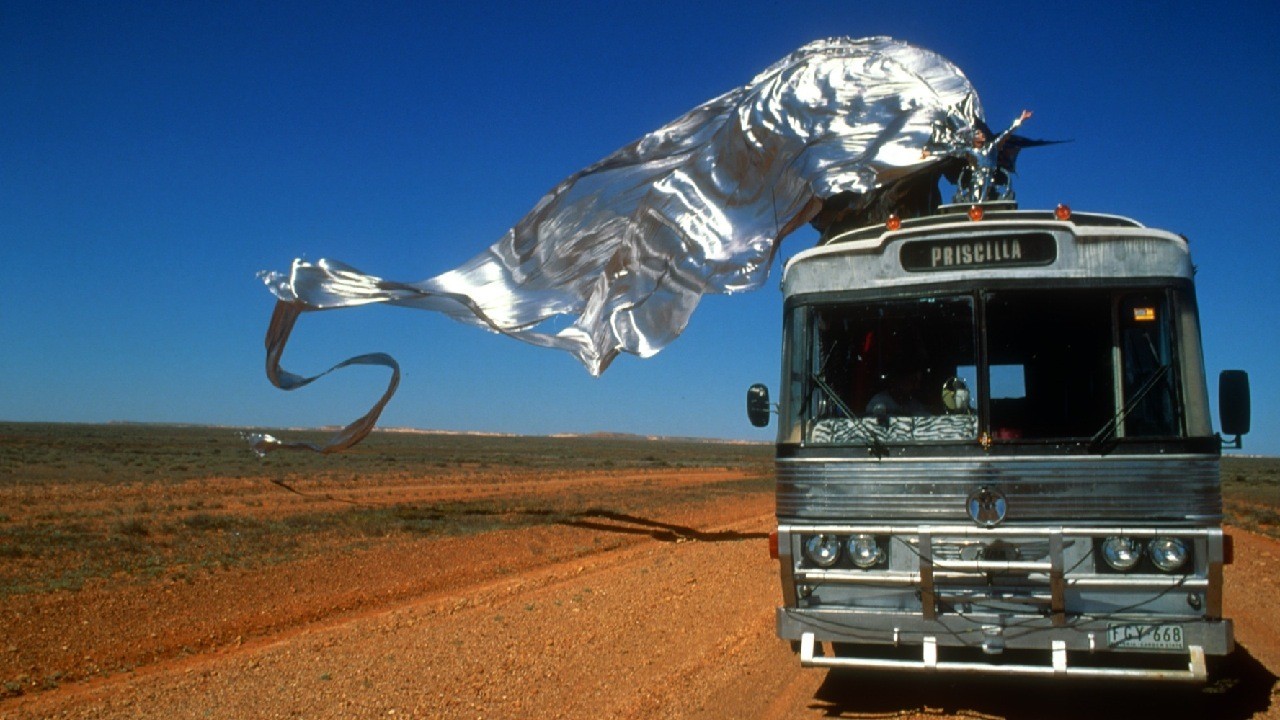 Australia. I’m going to try and get through this article without spouting a single cliché or stereotype. There shall be no “g’day mate”s or “shrimps on the barbie”s because I’d get a lot of backlash from their population. Australia is one of the most sought out destination places that burns under the harshest of suns and is full of genuinely free and great people. It’s even the topic of adventure for this weeks The Inbetweeners 2. From the elusive outback to the Sydney Opera House, the feast of cinematic goodness makes Australia an inventive and imaginative source of film entertainment. And here are the best films to come from down under.

Priscilla Queen Of The Desert

There is something so special about this film that makes me automatically dislike anyone who doesn’t like it. How could you be enraged by Guy Pearce, Hugo Weaving and Terence Stamp as drag queens making their way across Australia in a silver van? The minute you see the extravagant costumes and the endearing human quality, you’ll be obsessed. The movie transcends into this luscious and endearing movie about a dying breed of drag queens still trying to make their name and encountering opposition at nearly every turn. And the dress, exquisite, you just have to watch the scene of Pearce on top of the silver bus looking gorgeous. It’s an impeccable cult classic.

Australian director Baz Lurhman has produced some stirring and imaginative feats in the world of cinema. He continues to push extravagant visuals and none more so than his Red Curtain Trilogy. Alongside Romeo + Juliet and the exquisite Moulin Rouge! Lurhman started off his film career with the best; Strictly Ballroom. While movies now seem to accept the brilliance of dance, Strictly Ballroom rejuvenated a pastime kept to sequins and frills. As protagonist Scott Hastings cha-chas and tangoes through the film, the colourful vibrancy of Lurhmans film and the beating heart of the characters makes this a toe tapping success.

Toni Collete is the Academy Award nominated indie favourite of recent times. Probably best known now for relegating to mothers of “coming of age” dramas, she has had a lucrative career and possibly one of the most successful actress to come out of Australia. She gained fame for this ugly duckling piece that is positively sweet and sometimes a bit tragic. Playing the titular character, Collette shines as a woman who wants to have a glamorous wedding in Sydney and leave her humdrum life behind. Sweet and unforgettable, Muriel is a funny movie that has this intensely sad undercurrent to it.

Based on the harrowing true story of author Doris Pilkington’s mother, Rabbit Proof Fence is a compelling, absorbing and tragic cinematic adventure. Focusing on the racial tension in Perth during 1931, it sees two mixed race Aboriginal girls who were placed in a sentlement away from their families. Pursued by a white authority figure and a tracker, the girls nine week trek makes a powerful piece of drama. It is an important and visceral drama piece and yearned mounts of awards. It also has a pretty intense and stellar soundtrack by Peter Gabriel. Definitely worth a watch, put make sure you bring your tissue.

So there may be a remake (or sequel) in the works with Tom Hardy riding the dirt clad motorcycle. But this cult classic and intensely brilliant dystopian movie will be hard to top. One of the first outings for the infamous Mel Gibson, Mad Max spurned a series that is enjoyable, entertaining and acclaimed. Known as one of the most profitable movies to come out of Australia, Mad Max centres on the title character who has to navigate a world where gangs rule the desolate and abandoned highways, even left strewn by the law. Mindblowing and blasted on initial release, Mad Max has found a fanatic group of people who utter its complete excellence.