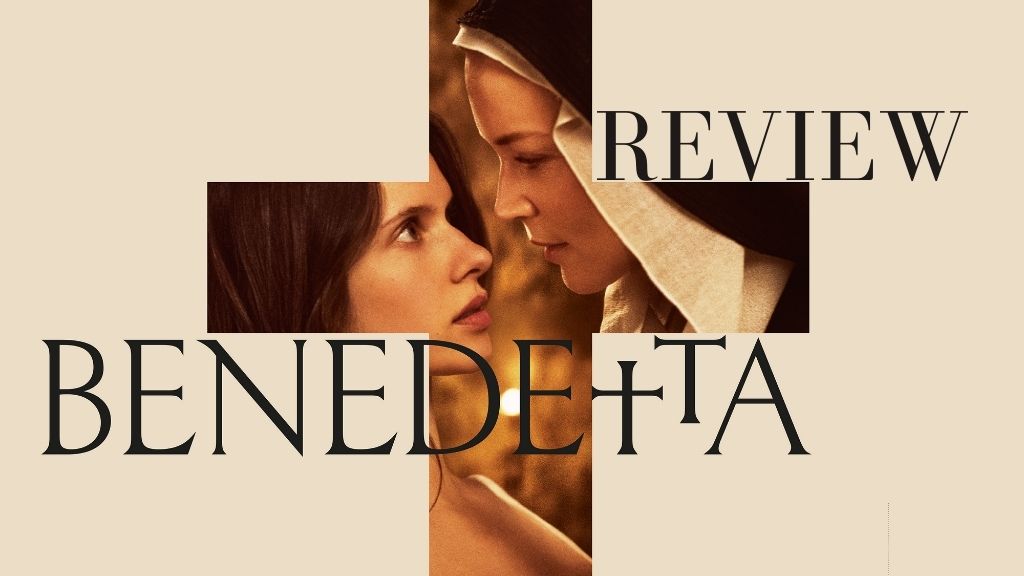 Paul Verhoeven has been a master of his craft for many decades now. I say his craft, more other than THE craft because this is a writer and director who has produced films unlike any other. From sci-fi epic Starship Troopers to sci-fi thriller Robocop to dramatic thriller Elle, via cult classic Showgirls, the Dutch director has cemented his unique voice in cinema across a myriad of genres.

Benedetta marks his foray into lesbian nunsploitation, and it is utterly Verhoeven. It’s boisterous, loud, sexy, and chaotic. But most importantly, it is boldly brilliant.

Based on a true story of sorts, Benedetta is set in the 17th Century and revolves around the titular character who, as a child proclaims she speaks directly with Mother Mary and is sent to a nunnery run by the ornery Abbess Felicia. When she grows up, Benedetta starts experiencing miracles such as stigmata and dreams regularly of Jesus. She also falls in love with Bartolomea, a poor abused girl who is taken in by the nunnery. As Benedetta’s visions and markings grow more unrestrained – as do her affairs with Bartolomea – the indignation of both the Abbess and the entire church becomes increasingly aroused.

Benedetta is certainly an outrageous-yet-impressive movie. Of course, as with a lot of Verhoeven’s work, it is filled with sex and gore and a really buff Jesus. It is provocative, in both good and bad ways. The director walks a line between extrapolating meanings of religious hysteria and church bias, and downright exploitation.

Sometimes it is hard to discern the message behind the scandal. As our lead character progresses, sometimes the overtly sexual nature of the film becomes gratuitous, including a rather provocative act with a wooden statuette. When these scenes take place, it is somewhat distracting from the overall theme of madness and hypocrisy that lies within organised religion, as enjoyable as they may be.

The performances are truly magnificent, however, and they really pull the film together. Lead actress Virginie Efira is brilliant at captivating Benedetta’s strange nature with an unparalleled ferociousness as you grapple with whether or not she is blessed by God or an impeccable con artist. Charlotte Rampling offers fantastic support as Abbess Felicia who scorns and judges Benedetta instantly. Her stoic face and line delivery are magnificent and cutting all at the same time.

Verhoeven’s Benedetta is pure insanity and an absolute must experience. For religious purposes.

Benedetta releases in cinemas in the UK and Ireland on 15 April 2022 and exclusively on MUBI on 1 July 2022.