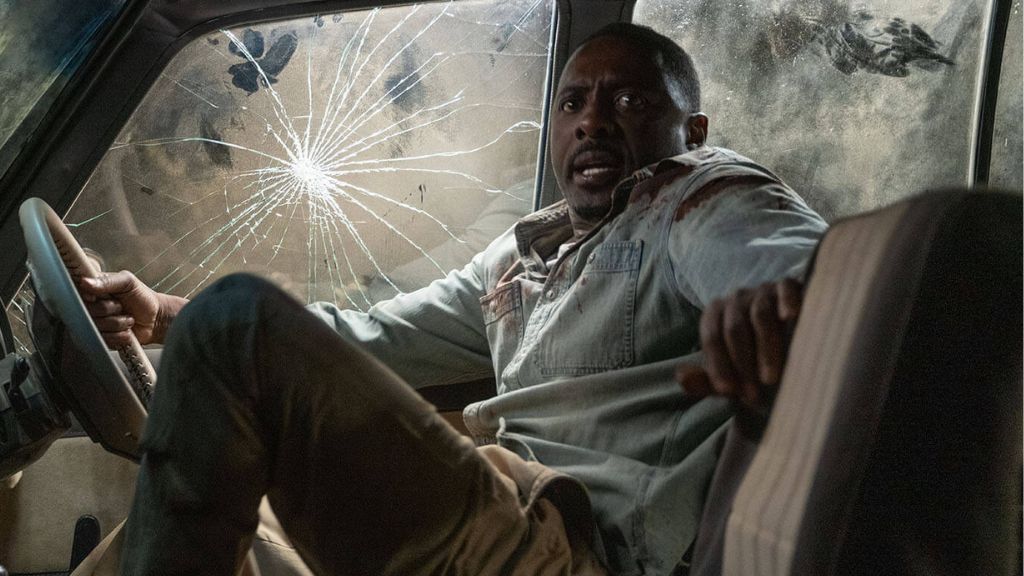 Synopsis: A father and his two teenage daughters find themselves hunted by a massive rogue lion intent on proving that the Savanna has but one apex predator.

Whenever it comes to films of this ilk, Jaws is inevitably going to be the comparison benchmark and whilst it falls short of that still superlative summer blockbuster, Director Baltasar Kormákur (Everest, 2 Guns) devises a chillingly-immersive story of survival and redemption that ravenously claws away at both the audience’s composure and heartstrings.

Beast boasts profound performances from Idris Elba as Dr. Nate Samuels, and Leah Jeffries and Ivana Halley as his daughters, who share a chemistry and backstory that adds plenty of substance to the actions taken later on in the film. And whilst a lot of the early foundation does feel fairly familiar, it’s all deftly executed and the introduction of “Uncle” Martin, played by Sharlto Copley, provides a welcome Jaws’ Quint type character that, ultimately extends the scope of the story so as not to focus solely on Elba’s discomfiture, driven by recent grief and self-abasement when it comes to taking a stand against the titular assailant.

Elba’s character playing a doctor allows for him to have believable reasons for leaving the safety of the jeep to tend to the lion’s victims but also plays into how guilty he feels for failing to recognise his wife’s health problems before it was too late. It also gives Elba much more of an everyman quality that makes his (and the rest of his family’s) duel with the titular beast all the more unorthodox, ergo gripping.

It didn’t take a whole lot of guesswork for this reviewer to figure out how the film might reach its climax based on early hints but not once did that prevent me from enjoying the ride to get to where I knew it would ultimately take us. And, aside from the stellar performances, much of this was down to Philippe Rousellot (Interview with the Vampire, Big Fish, The Nice Guys) and Baltasar Breki Samper’s consummately immersive lensing that lends itself to a terrifyingly palpable fly-on-the-wall sense of suspense.

Beast might not stray all that far from the well-trodden wild animal on the rampage path in terms of narrative – despite the character’s doing quite the opposite – but, the sum of all its parts adds up to a wholly satisfying and all-engaging white-knuckler that’s guaranteed to delight anyone hunting down a stirring, savage Summer survival shocker.