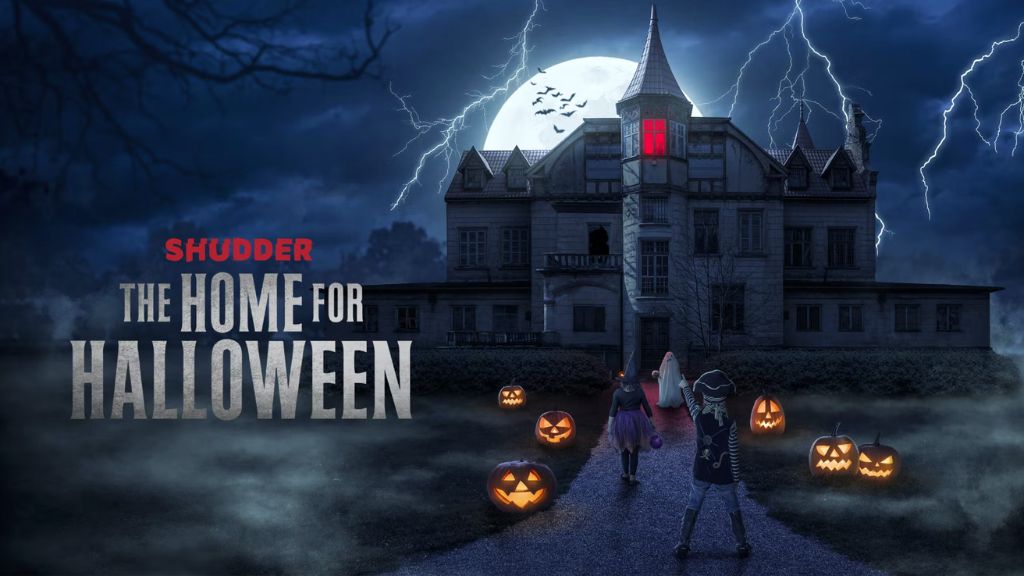 Every September and October, Shudder is renowned for going beyond the call of duty, super-serving members with the finest selection of genre entertainment. And this year will be no different as the leading streamer for year-round thrills and frights cordially invites you to the biggest Halloween ever, offering an unprecedented line-up of eight acclaimed, must-see new films and new original series, along with other exclusive yet-to-be-revealed terrifying treats.

Commenting on the spooky season schedule, Shudder General Manager Craig Engler said, “Halloween is the best time of year on Shudder, and this Halloween, we’re featuring the best line-up of programming in our history. We have eight original and exclusive movie premieres, including a new film from horror master Dario Argento Dark Glasses, and new series – “Queer for Fear” and “101 Scariest Film Moments of All Time” from the producers of Eli Roth’s “History of Horror”.”

Shudder subscribers are in for all treats and no tricks with a new slate of weekly movie releases, original series premieres, a new edition of Shudder fan favorite “The Ghoul Log,” a 24-hour streaming color flashlight, and the annual return of Shudder’s Halloween Hotline, where members can receive their very own tailor-made movie recommendations live and direct from head curator Samuel Zimmerman.

We’ll leave you with Shudder’s “The Home for Halloween” key programming below:

101 Scariest Film Moments of All Time – A Shudder Original Series

In this eight-episode new series from the producers of Eli Roth’s “History of Horror,” master filmmakers and genre experts celebrate and dissect the most terrifying moments of the greatest horror films ever made, exploring how these scenes were created and why they burned themselves into the brains of audiences around the world.

Queer for Fear: A History of Queer Horror – A Shudder Original Series

From executive producer Bryan Fuller (“Hannibal”), “Queer for Fear” is a four-part documentary series about the history of the LGBTQ+ community in the horror and thriller genres. From its literary origins with queer authors Mary Shelley, Bram Stoker, and Oscar Wilde to the pansy craze of the 1920s that influenced Universal Monsters and Hitchcock; from the “lavender scare” alien invasion films of the mid-20th century to the AIDS-obsessed bloodletting of 80s vampire films; through genre-bending horrors from a new generation of queer creators; “Queer for Fear” re-examines genre stories through a queer lens, seeing them not as violent, murderous narratives, but as tales of survival that resonate thematically with queer audiences everywhere.

Who Invited Them – A Shudder Original

Adam and Margo’s housewarming party goes well enough except for this mysterious couple, Tom and Sasha, lingering after the other guests have left. The couple reveals themselves to be their wealthy and successful neighbours, but as one nightcap leads to another, Adam and Margo start to suspect their new friends are duplicitous strangers with a dark secret. Written and directed by Duncan Birmingham, and starring Ryan Hansen (Veronica Mars), Melissa Tang (The Kominsky Method), Timothy Granaderos (13 Reasons Why), and Perry Mattfeld (In the Dark).

Shot down after fleeing a coup and extracting a drug lord from Guinea-Bissau, the legendary mercenaries known as the Bangui Hyenas – Chaka, Rafa and Midnight – must stash their stolen gold bounty, lay low long enough to repair and refuel their plane and escape back to Dakar, Senegal. When they take refuge at a holiday camp in the coastal region of Sine-Saloum, they do their best to blend in with their fellow guests; including a mute named Awa, with secrets of her own, and a policeman who may be on their tail, but it’s Chaka who happens to be hiding the darkest secret of them all. Unbeknownst to the other Hyenas, he’s brought them there for a reason and once his past catches up to him, his decisions have devastating consequences, threatening to unleash hell on them all.

Speak No Evil – A Shudder Original

On a vacation in Tuscany, a Danish family instantly becomes friends with a Dutch family. Months later the Danish couple receives an unexpected invitation to visit the Dutch in their wooden house and decide to go for the weekend. However, it doesn’t take long before the joy of reunion is replaced with misunderstandings. Things gradually get out of hand, as the Dutch turn out to be something very else than what they have pretended to be. The small Danish family now find themselves trapped in a house, that they wish they had never entered. Speak No Evil is directed by Christian Tafdrup (A Horrible Woman) and written by Christian and Mads Tafdrup, and stars Morten Burian, Sidsel Siem Koch, Fedja Van Huêt, Karina Smulders, Liva Forsberg, Marius Damslev. Official Selection, Sundance Film Festival 2022.

Sissy stars Aisha Dee and Hannah Barlow as Cecilia and Emma, who had been tween-age BFFs who were never going to let anything come between them – until Alex (Emily De Margheriti) arrived on the scene. Twelve years later, Cecilia is a successful social media influencer living the dream of an independent, modern millennial woman, until she runs into Emma for the first time in over a decade. After reconnecting, Emmy invites Cecilia on her bachelorette weekend at a remote cabin in the mountains, where Alex proceeds to make Cecilia’s weekend a living hell. Sissy is written and directed by Hannah Barlow and Kane Senes. Official Selection, SXSW 2022.

A disgraced and demonetised Internet personality tries to win back his fans by live streaming himself, spending a night alone in an abandoned haunted house. However, when he accidentally unleashes a vengeful spirit, his big comeback event becomes a real-time fight for his life (and social relevance) as he faces off with the sinister spirit of the house and her powerful following. Deadstream stars Joseph Winter, who wrote and directed the film with Vanessa Winter.

Rome. An eclipse blocks out the sun, blackening the skies on a hot summer day – harbinger of the darkness that will envelop Diana when a serial killer chooses her as prey. Fleeing her predator, the young escort crashes her car and loses her sight. She emerges from the initial shock determined to fight for her life, but she is no longer alone. Defending her and acting as her eyes is a little boy, Chin, who survived the car accident. But the killer won’t give up his victim. Who will be saved? A triumphant return from Italian master of horror, director Dario Argento. Starring Ilenia Pastorelli and Asia Argento.

The “Ghoul Log” is Halloween’s answer to the Christmas Yule Log: a 24/7 streaming jack-o’-lantern providing the perfect ambience for all your Halloween festivities. Fan favourites The Ghoul Log, Return of the Ghoul Log and Night of the Ghoul Log are back, along with a surprise new instalment for 2022.

Every Friday in October from 3.00 – 4.00pm ET, members are invited to call Samuel Zimmerman, Shudder’s head of programming, to discuss all things horror: from their favourite genre films of all time to the most highly anticipated horror releases of the year.  From those conversations, Sam will then use his horror expertise to offer customized viewing recommendations from Shudder’s expansive film collection.

*** While recommendations are provided for free, please note that normal phone and long-distance charges may apply. Call volume is expected to be high, so please keep trying if a busy signal is received. There are no guarantees that every call will be answered, but Sam will get through as many as he can within the hour. ***