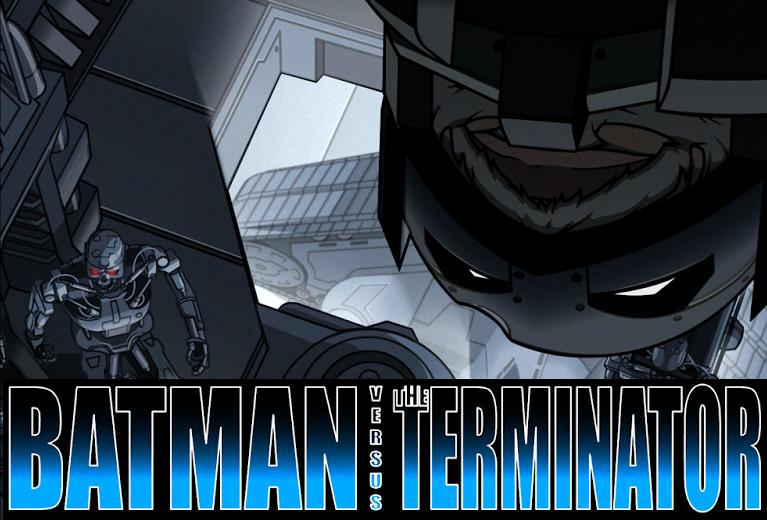 In his very own words, New Zealand-based filmmaker, Mitchell Hammond is preparing for his next endeavour – Burger King fry cook. Finger’s crossed his tongue was firmly in the same postcode as his cheek there as we want to see so much more of what he has to offer given his latest animated short, Batman versus The Terminator.

Hammond’s decision to pit the caped crusader was always going to find an audience, particularly in the light of the upcoming Superman vs. Batman and Terminator features. After bouts of depression, anxiety and a gain in asthma and IBS through paranoia induced fun, Hammond short came to fruition and is thankfully doing the rounds all over the net.

Set 30 years after the Skynet nuclear blasts of August of ’97 with “Iron demons” now roaming the planet, Bruce Wayne managed to survive by seeking refuge in his Batcave. Equipped with a riot vehicle, called The Stinger, and a refitted bomb blast vest, Batman heads out across what is left of the United States to join forces with the one man we all know will stop at nothing to put an end to rise of the robots – John Connor.

Enjoy the short below. We think you’ll enjoy it ’cos we certainly did!

In this article:Batman vs. The Terminator