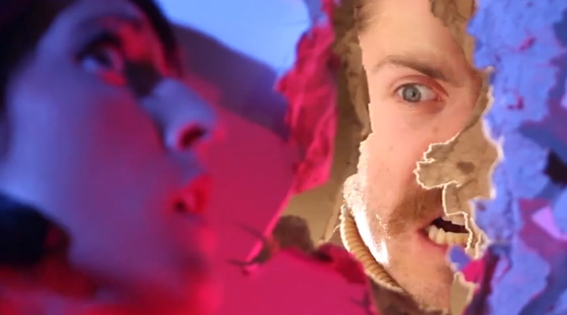 Yorkshire’s best horror movie film festival Celluloid Screams will return for its sixth year to the Showroom Cinema in Sheffield between Friday 24th to Sunday 26th October 2014. Serving up a weekend of blood, chills and scares, this years festival will feature a weekend packed full of premieres, previews, special guests and more.

As for this years festival we are excited to share the news that THE EDITOR, the hotly anticipated film from Candadian filmmaking collective Astron-6, will be opening this years festival on Friday 24th October. Offering a unique take on the Italian giallo, The Editor stars icon Udo Kier, Laurence R. Harvey (The Human Centipede 2) and Tristan Risk (American Mary). Furthermore, It has also been confirmed that Adam Brooks, Matt Kennedy and Conor Sweeney, the co-founders of Astron-6 will be attending the festival as special guests to participate in a Q&A after the screening.

This year’s short film retrospective will consist of a specially curated screening of short films from the Astron-6 archives. So if you’re a fan of Father’s Day and Manborg you’re in for a real treat as Astron-6 have made some incredibly amazing short films including Breaking Santa and my personal favourite Bio-Cop.

In addition. last year saw the debut of the Celluloid Screams Allnighter which featured Frankenhooker (with an introduction by Frank Henenlotter), Return of the Living Dead, The Beyond and Demons (which replaced Braindead). The event proved so popular that the festival will host its second allnighter which will take place on Saturday 25th October with a sci-fi horror theme.

Full details of this and the rest of the 2014 programme will be announced on Friday 5th September, when festival weekend passes and tickets go on sale. In the meantime, you can check out the trailer for THE EDITOR below.