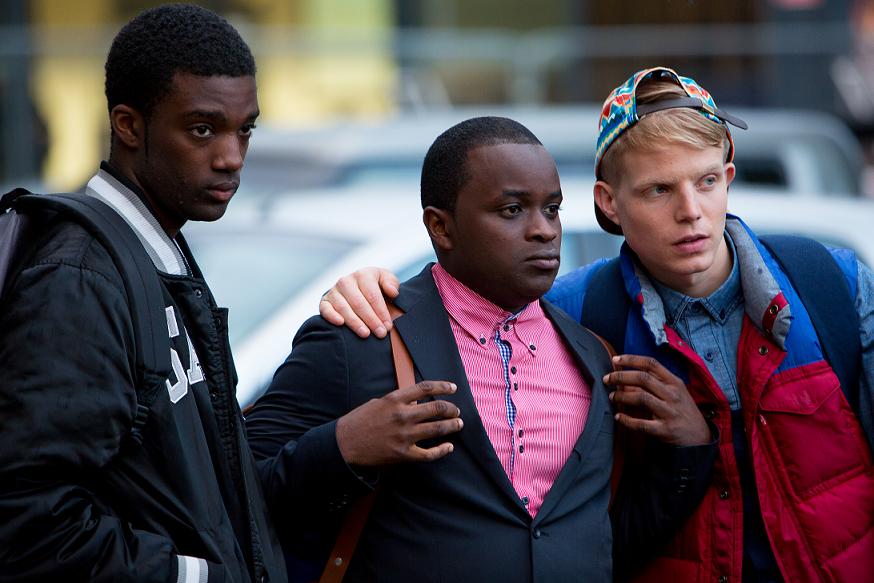 The film boasts some of Britains most promising younger generation of actors with the likes of Jazzie Zonzolo (Anuvahood, Fedz), Red Madrell (Kidulthood), Jack Doolan (Cemetery Junction, Cockneys vs. Zombies), Roxanne Pallett (Emmerdale) and Eddie Kadi (Shank). The film will also play host to various cameo roles provided by some of today’s most popular UK DJ’s such as Choice FM’s Kojo and 1Xtra DJs Sarah-Jane Crawford and Tim Westwood.

The film is written by scribe Nick Walker and scribe/actor/director Femi Oyeniran, with the latter directing the film alongside Darwood Grace who recently appeared in comedian Glen Maney’s independently produced comedy feature, The Limelight. We’ll leave you with the very cool Shaun in the aforementioned trailer.

Shaun has been given the best start in life but growing up he finds he doesn’t fit into this world, especially with the self-righteous and entitled kids at Curtis Mills College. Deliberately deceiving his family, he enrols at his cousin’s college where he discovers the world of girls, parties and excitement that he’s been craving. Trying to impress the hottest girl in school, Shaun manages to destroy his father’s prized Lotus and needs to find £20,000 to repair the damage – all before his parents return from holiday. Persuaded by his wayward cousin and new friends, Shaun devises a plan to make some quick money but with potentially damaging consequences. Quickly becoming uncomfortable with the lies he is telling not only to his family and friends but to the wider world, Shaun wants to come clean. Things get more complicated when he meets Natalie who believes his lies and is touched by his generous spirit. Shaun soon becomes torn between his growing feelings for Natalie and fear of his father’s wrath and must decide which path he wants to take.

In this article:comedy, It's a lot, trailer