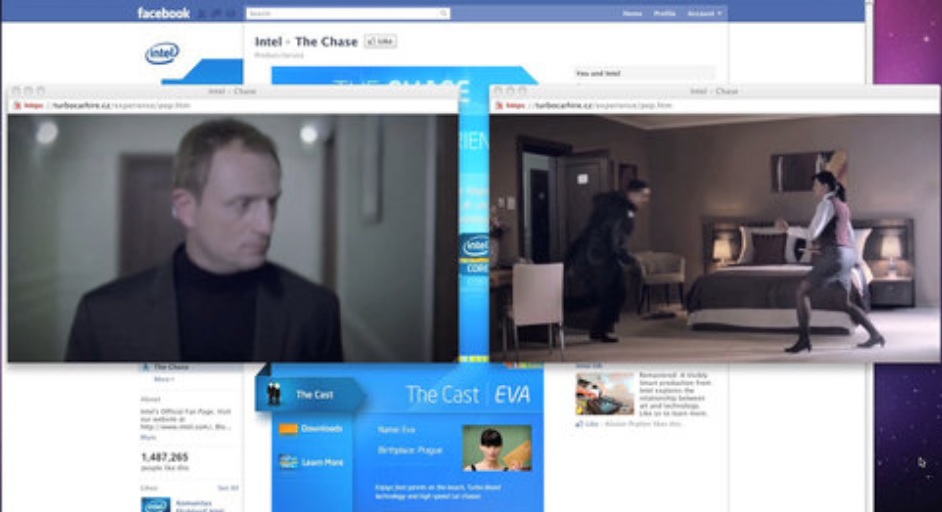 Originality is scarce these days: Hollywood lashes mountains of money in often vain attempts to create a picture which is novel. Presumably with a much smaller budget, The Chase manages to achieve that in a snappy two minutes.

The Chase centres around one woman on the run from two bad guys, in a pursuit to capture an envelope: Ordinary? Anything but.

Creators Smith and Foulkes manage to bend a seemingly normal story into a unique short by developing the plot through various computer programmes, whilst on a bog-standard computer screen.

Ranging from real-life clips to HTML moving letters to the archetypal recycle bin, The Chase enthrals viewers through its sheer simplicity. One minute viewers are on Facebook changing the women’s disguise, the next they see her running through the album covers on album flow in iTunes.

A mute film that doesn’t need speech, The Chase seamlessly weaves through ample computer programs: it’s so clever yet so simple, that this short almost feels do-able to any of us, but we never have. The Chase does it so well and it is truly unique.