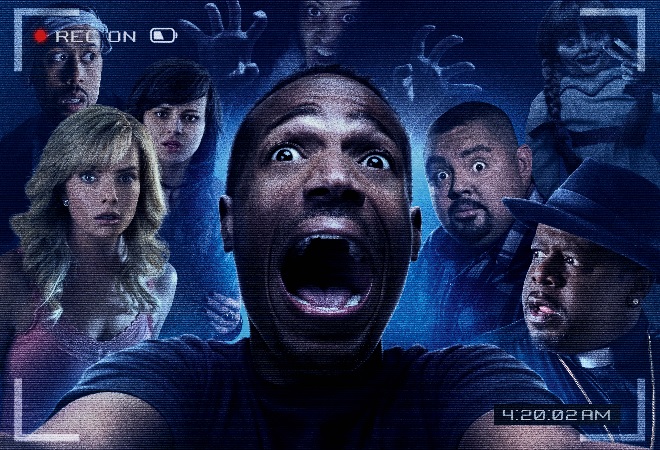 Brace yourselves! Marlon Wayans is back in the hilarious comedy sequel A Haunted House 2, spoofing horror hits such as The Conjuring and Sinister alongside a host of other recent horrors.

After surviving the events of the first film, Malcom (Wayans) plans to start over in a new house with his girlfriend Megan, but first he has to deal with the bizarre paranormal events that surround his family. To make matters worse, his ex-girlfriend Kisha is back from the dead and boy is she pissed!

Director Martin Tides sits straight back down in his still warm director’s chair for the sequel with most cast also returning so A Haunted House 2 looks set to keep the laughs coming and will more than likely replicate the success of the first film.

If the new poster isn’t enough to whet your appetite, make sure you check out the film’s Facebook page and Twitter feed for more information before the movie hits theatres on March 28th 2014. Take a peek at the trailer from behind your cushions and let us know what you think…