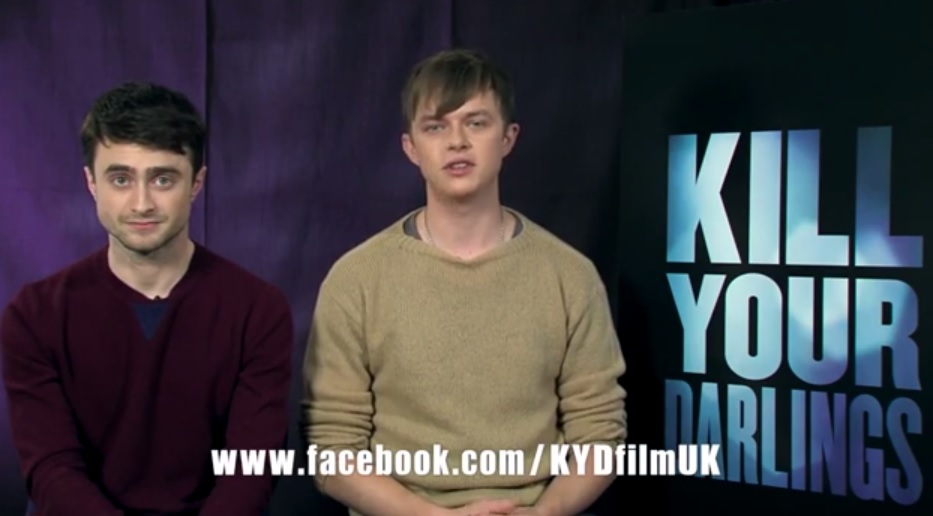 Daniel Radcliffe will be launching a Cut-up exhibition on the 21st of November to tie in with his latest film, Kill Your Darlings.

The cut-up technique consists of cutting text up and rearranging it to birth an original piece of work. What’s particularly interesting about this exhibition is that each and every one of you could be featured in it by submitting an image to the official Facebook page by the 17th of November! So read on for our five reasons you should definitely be interested in this project.

You will be joining a heritage left by a group of amazing artists from the 20th century who all used the technique which William S. Burroughs popularised in the ’50s, but which can be traced back as far as the Dadaists. It’s very much worth your time investigating some of the work produced through this technique, regardless of whether you plan on submitting or not! Burroughs is played in the upcoming film by Ben Foster, and several other key people from the Beat Generation also feature such as Allen Ginsberg (Daniel Radcliffe), Lucien Carr (Dane DeHaan) and Jack Kerouac (Jack Huston).

4. Discovering cut-ups for yourself

Take it from us, it’s one thing to read about how cut-ups can often yield interesting and surprising pieces of work, how they can really invigorate your art from that point on, but until you actually try it yourself then you haven’t really grasped it. There is a great sense of freedom and possibility involved in this process, and it’s really ignited our imaginations after only half an hour of experimenting with the technique! Don’t take it just from us though, it has been experimented by the likes of David Bowie, Keith Richards, Kurt Cobain and Thom Yorke.

The exhibition is to be projected in key locations all over London over the course of three days; Thursday 21st, Friday 22nd and Saturday 23rd of November, which gives your work the chance to be seen by thousands of Londoners! It’s the first of its kind, featuring a selection of cut-ups submitted by designers and artists over Facebook, and so naturally there will be some interest in this exhibition, you may even be asked for an interview if your work is chosen!

A technique such as this seems suited to today’s world. There are cut-up generators online which are simple to use, and which make cutting up large chunks of text very easy. These can then make for very exciting tweets for example, and indeed they make great subjects for most social media. It’s very easy to get your cut-ups online and Kill Your Darlings should only fuel a growing interest in the technique.

1. It can feature your work

It may seem the most obvious one of them all, but it’s really something special to have an opportunity to be involved with a new project such as this! The KYD Cut-Up Exhibition is broadening the concept of cut-ups so as to include a great selection of artistic disciplines including fashion, illustration, photography and literature which gives you a serious scope to play with, and the end result is both far reaching and pretty exciting. We will certainly be submitting some of our pieces here at Cinema Chords!

Kill Your Darlings is a true crime-thriller based on the previously untold story of a murder that implicated the men who went on to become the great poets of the Beat Generation. It opens in cinemas on the 6th of December and in the meantime we’ll leave you with Daniel Radcliffe and Dane DeHaan inviting you to take part in the KYD Cut-Up Exhibition.