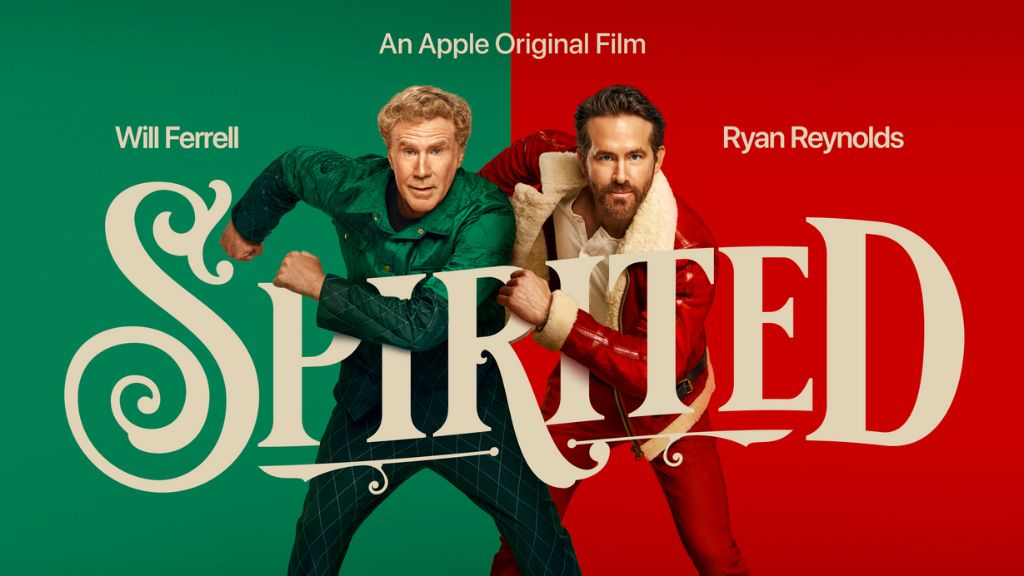 `Tis the season to be jolly, and even more so now that Apple Original Films has just unwrapped the trailer for Sean Anders‘ (Daddy’s Home, Instant Family) holiday comedy song and dance extravaganza, Spirited, starring Will Ferrell, Ryan Reynolds and Octavia Spencer.

Directed by Anders, from a script he co-wrote with John Morris, this hilarious modern musical inversion of Charles Dickens’ classic “A Christmas Carol” novella finds the Ghost of Christmas Present (Ferrell) picking out which dark soul should be reformed by a visit from three spirits this Christmas Eve. But this season, it soon starts to look like he might have gone and picked the wrong Scrooge. Clint Briggs (Reynolds) turns the tables on his ghostly host until Present finds himself reexamining his own past, present and future.

Spirited will premiere globally on Apple TV+ on November 18, 2022 and, in the meantime, we’ll leave you to savour the aforementioned sweet and spicy trailer treat.