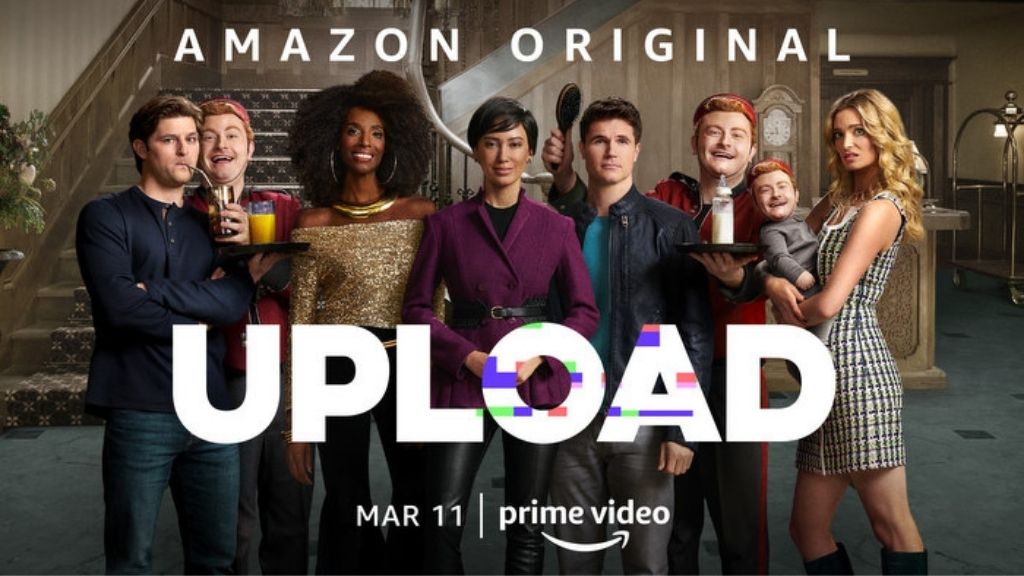 Despite buffering for a little longer than initially expected, season two of Emmy Award-winning writer Greg Daniels’ (The Office, Parks and Recreation) sci-fi satire series “Upload” is all set to launch on Prime Video on March 11th.

In anticipation, Amazon has today released the first trailer, teasing viewers as to how the show’s virtual afterlife mystery will deepen in the wake of season one’s surprise twist cliffhanger ending.

Created by Greg Daniels, and starring series regulars Robbie Amell, Andy Allo, Kevin Bigley, Allegra Edwards, Zainab Johnson, and Owen Daniels, the second season of “Upload” finds Nathan navigating a crossroads in his (after) life, as his ex-girlfriend Ingrid suddenly showed up at Lakeview at the end of season one in the hopes of rekindling their relationship, despite him having admitted his feelings for his customer service angel Nora. Following in the footsteps of the first season, each episode will be brimming with new satirical glimpses of technological advances and the headaches they bring with them.

All seven episodes of season two will premiere on Friday, March 11th on Prime Video, and to leave you all (gl)itching for more, we’ll leave you with the aforementioned trailer.