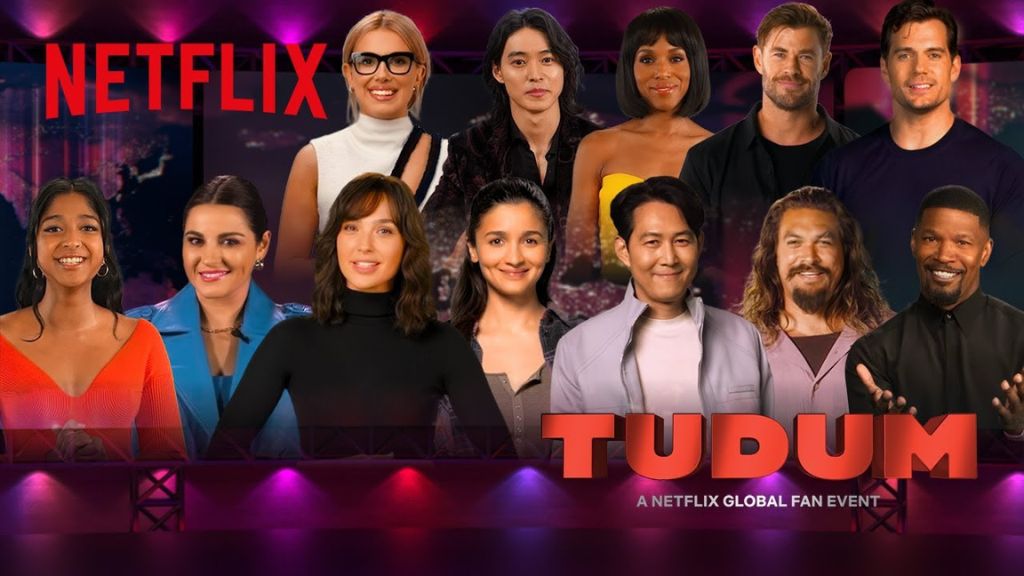 “Tudum: A Netflix Global Fan Event” took place over the weekend spanning four continents over the course of five different events. This free virtual event proved to be chock-full of surprises, teasing an exciting smorgasbord of breaking news, never-before-seen footage, trailers, and first looks, all intermingled with a myriad of appearances put in by both the creators and stars of all of your already/soon-to-become favourite Netflix shows and movies.

So without further ado, what follows is a breakdown of the highlights of yesterday’s big reveals:

Netflix revealed a teaser trailer for an upcoming original film that feels very much like Charlie and the Chocolate Factory meets “The Sandman”.

You have to know the rules of dream world in order to break them. Jason Momoa and Marlow Barkley star in Slumberland, coming to Netflix this Thanksgiving.

Welcome back to the Grishaverse as the cast discussed the sophomore season of the show together with an exclusive sneak peek.

As it’s time to fasten your seatbelts for the final descent, Netflix revealed the trailer for Season 4 Part 1 which arrives exclusively to Netflix on November 4th.

“Never Have I Ever”

Your favorite chaotic teen and the gang will be back for the fourth and final season of #NeverHaveIEver! More drama, more romance, and a new heartthrob? Yikes. Coming to Netflix in 2023.

The Mother
A deadly female assassin comes out of hiding to protect the daughter that she gave up years before, while on the run from dangerous men. The Mother stars Jennifer Lopez, Joseph Fiennes, Lucy Paez, Omari Hardwick, Paul Raci, and Gael Garcia Bernal and streams on Netflix in May 2023.

After the Brannock family moves into what was supposed to be their suburban dream home, it quickly becomes a living hell. Ominous letters from someone calling themself “The Watcher” are just the beginning as the neighborhood’s sinister secrets come spilling out. The events chronicled here are inspired by the true story of the infamous “Watcher” house in New Jersey.

Chris Hemsworth and director Sam Hargrave return for Extraction 2 – where the on-camera stunt work is just as mindblowing as the behind-the-scenes effort it takes to shoot it.

The cast of “1899” discovered the official release date for the highly-anticipated mystery series that tells the tale of multinational immigrants traveling from the old continent to the new who encounter a nightmarish riddle aboard a second ship adrift on the open sea. “1899” streams on Netflix on November 17.

A series of eerie events thrusts an unlikely trio (John Boyega, Teyonah Parris and Jamie Foxx) onto the trail of a nefarious government experiment in this pulpy mystery caper.

Having gone into hiding, Assane must learn to live away from his wife and son. Burdened by the amount of suffering his wife and son have to deal with because of his exploits, Assane can’t take it any longer and returns to Paris with an outrageous plan: leave France and start a new life elsewhere. But the ghosts of the past are never far away, and an unexpected return will turn his plans upside down.

“Dead to Me” Final Season

All roads have led to this. The final season of “Dead to Me” premieres November 17, only on Netflix.

The School for Good and Evil