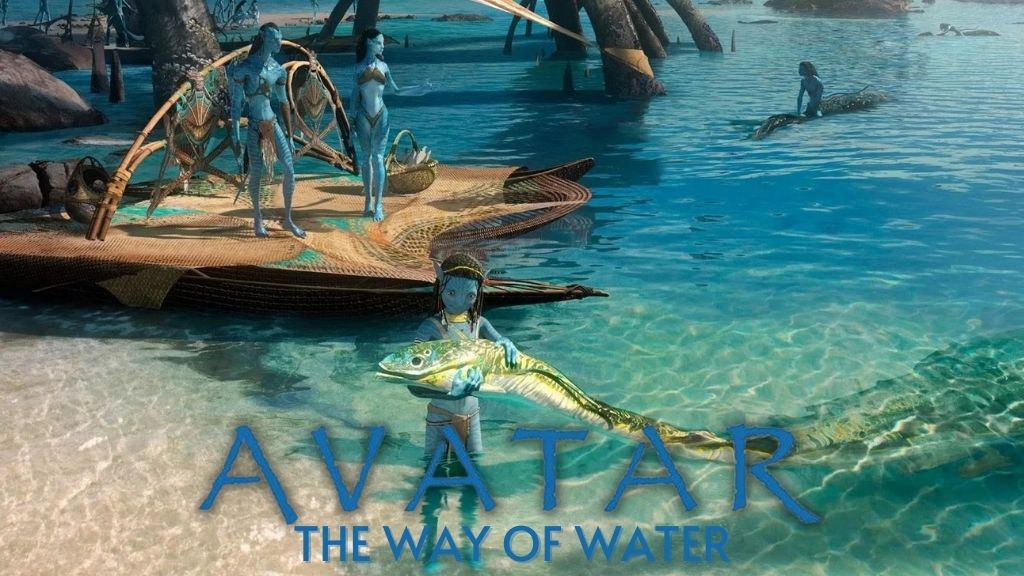 CinemaCon attendees were treated to a taste of Pandora yesterday when Disney debuted the long-awaited trailer for James Cameron‘s upcoming sci-fi sequel, Avatar: The Way of Water, as part of the studio’s keynote presentation. Fortunately, the rest of the world won’t have to wait long to see said footage, as the trailer will be shown exclusively in theaters next week, ahead of Disney/Marvel’s Doctor Strange in the Multiverse of Madness.

On introducing the exclusive first footage of the 14-years-in-the-making sequel, producer Jon Landau said, “We need to make sure [audiences] have an experience they can’t get anywhere else, and that needs to be exclusively in theaters.” Landau went on to explain that each of the four sequels would center around the return of Jake Sully (Sam Worthington), Na’vi Neytiri (Zoe Saldana), and their family, and the lengths they go to keep themselves safe. He went on to describe the films as each being stand-alone stories but which will make for a great connected epic saga as a whole.

Other returning characters include Dr. Grace Augustine (Sigourney Weaver), Norm Spellman (Joel David Moore) and Colonel Miles Quaritch (Stephen Lang), with the sequels also welcoming other notable stars such as Vin Diesel and Kate Winslet. And with regards to the work going on behind the camera, Cameron’s team includes cinematographer Russell Carpenter (True Lies, Titanic, Ant-Man, The Lawnmower Man) and the visual effects wizardry of Weta FX, once again headed up by senior visual effects supervisor and four-time Oscar-winner Joe Letteri (Prometheus, Dawn of the Planet of the Apes, The Batman, Spider-Man: Far from Home).

Although unable to attend the event in person as he is still in New Zealand working on the sequels, Cameron put in an appearance by way of a video message, stating how he has, once again, “set out to push the limits to what cinema can do.”

The previous day’s events at CinemaCon also saw the president and CEO of the National Association of Theatre Owners John Fithian report how the second entry in the Avatar franchise would be “the film with more versions than any movie “in the history of movies” when it arrives in theaters.” He was, of course, talking about the film’s “high resolution, high frame rates, 3D, Imax, PLF, different sound systems and 160 different languages.”

Avatar: The Way of Water is currently slated for a December 16 release and will be preceded by a theatrical re-release of the original Avatar on Sept. 23, with restored picture and sound.