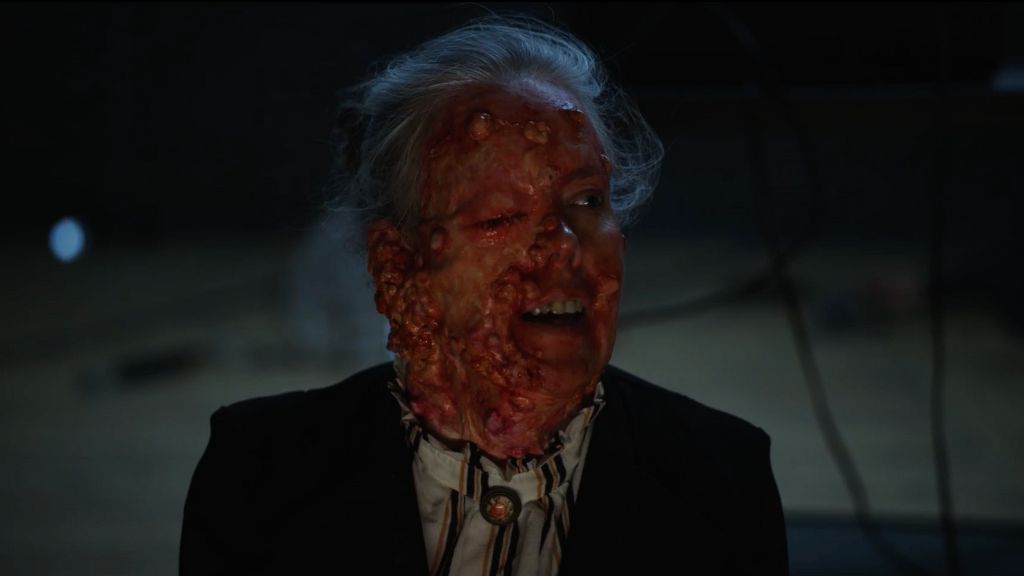 Shudder has unleashed the official trailer and poster for the highly-anticipated follow up to its hit horror-comedy anthology, Scare Package II: Rad Chad’s Revenge in anticipation of the film’s exclusive release on the platform this coming December 22, 2022.

Created by Aaron B. Koontz & Cameron Burns, directed by Koontz, and featuring segments directed by Alexandra Barreto, Anthony Cousins, Jed Shepherd, and Rachele Wiggins, the new anthology takes place at horror guru Rad Chad Buckley’s funeral which soon turns into an elaborate series of death traps centered around Chad’s favorite films. Ultimately, the guests must band together and use the rules of horror to survive the bloody game.

Scare Package II: Rad Chad’s Revenge releases exclusively on Shudder on December 22, 2022 and, in the meantime, we’ll leave you with a taste of Rad Chad’s deadly elaborate plan.