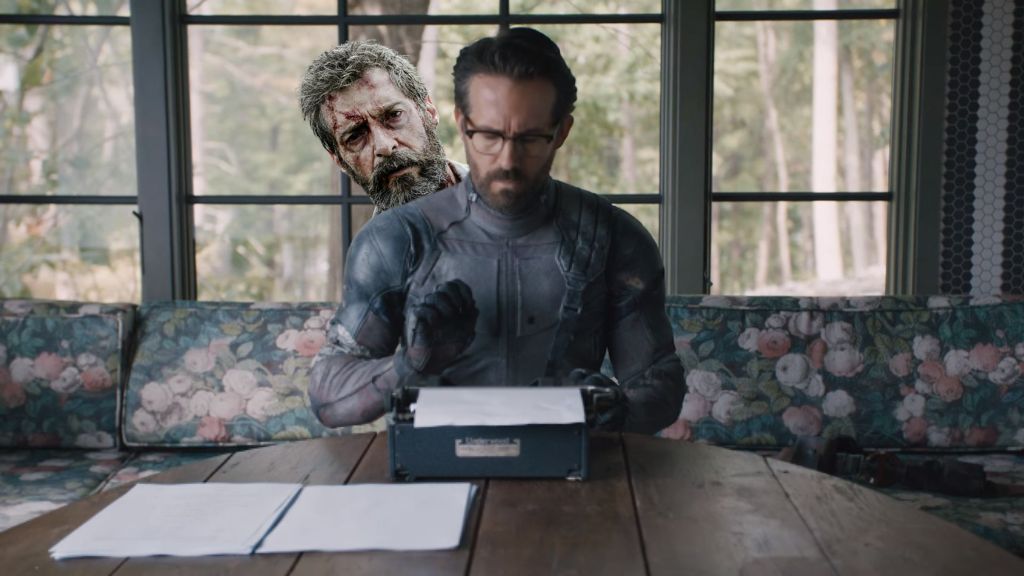 Ryan Reynolds took social media by storm with a video he posted to announce just how hard it’s been coming up with the good stuff for Deadpool 3 despite having been forced to reach deep down inside. But, as we’re all well aware, Reynolds has quite the penchant for pulling fast ones on everyone so of course there was going to be a punchline, but no one expected what came next.

Following his discourse about having nothing to work with, he threw in a last-minute M. Night Shyamalan-style curveball, revealing that he thought it would be a great idea to get Hugh Jackman to reprise his Wolverine role for Deadpool 3; something that was promptly confirmed by Jackman who just happened to be leisurely passing behind Reynolds in the frame.

Shortly after Reynolds posted the above video, The Wolverine and Logan director James Mangold retorted with the following Logan movie gif:

And this was promptly followed by quite the social media uproar with tweets ranging from “You are not the final word on Wolverine” through to “Logan was never canon to anything since they said a mutant hadn’t been born in 20 years” and “anything is possible in the Multiverse!”

Thankfully, all the heat generated was brought back down to a simmer when Mangold posted another Tweet in his heated thread saying that he had only been having a bit of fun:

“Oh my gosh! Everybody chill. Just kidding! I’m all good! LOGAN will always be there. Multiverse or prequel, time warp or wormhole, canon or non-canon or even without a rationale, I cannot wait to see what madness my dear friends @VancityReynolds and @RealHughJackman cook up!”

Also, besides the Wolverine announcement, it was also revealed that Deadpool 3 has already been slated for a post-Labor Day weekend September 6, 2024 release date.