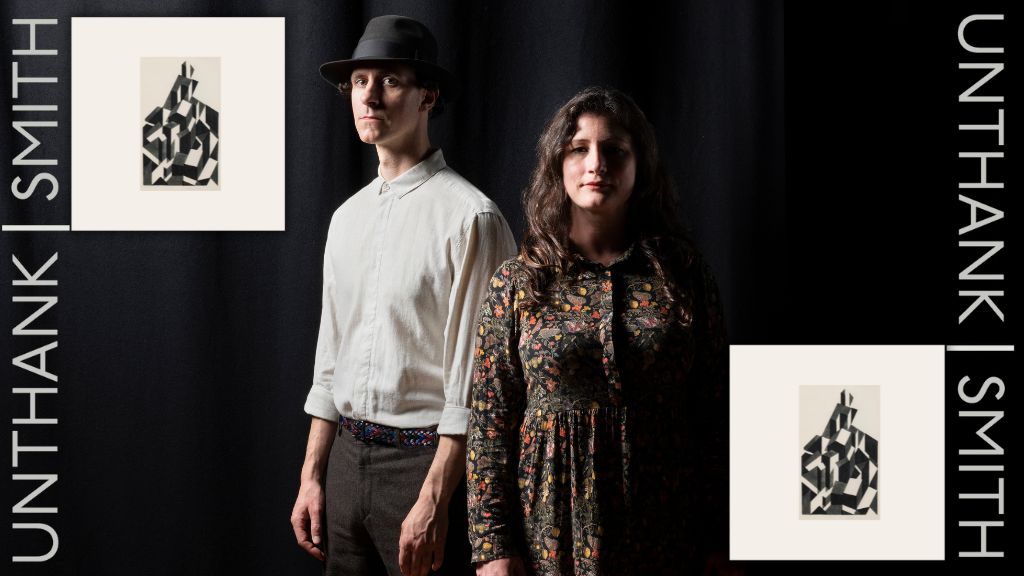 Today, two previous Mercury Music Prize nominees, Rachel Unthank (The Unthanks) and Paul Smith (Maxïmo Park) have announced the release of their debut album “Nowhere And Everywhere” under the name of Unthank : Smith. In anticipation of the release, the duo have also dropped two new songs, ‘The Natural Urge’ and ‘Seven Tears.’

Both hailing from England’s North East, Unthank and Smith set out to collect songs and pen originals that claw at the beating heart of the region. Whilst Unthank was immersed in the folk world since her childhood, Smith’s initiation into folk dates back to his teens and his love of Martin Carthy, Karen Dalton, Nick Drake and Bert Jansch, especially their finger-picking guitar style. Shades of this style are apparent throughout the duo’s imminent debut LP, albeit simplified and fused with a more direct sound akin to US avant-rock acolytes of the ‘60s folk revival like Gastr Del Sol and David Pajo.

Commenting on how their collaboration came about, Unthank explained, “Paul and I have discovered that we have so much in common. At the core of that is the genuine joy that singing brings us both. We also both have a deep-rooted connection to our native North East, as can be heard in our unfiltered accents, yet this rootedness gives us the appetite for outrospection. I can’t wait to get on the road and start singing together.”

Smith added, “Rachel’s voice is a rare instrument, so to hear our voices blending together for the first time was a big moment for me. It hinted at new possibilities for me as a singer and musician.”

While the album includes its share of traditional songs, the first two tracks released today are both originals penned by Smith (‘The Natural Urge’) and Unthank (‘Seven Tears’). ‘The Natural Urge’ was partly inspired by the bleak, gnarled landscapes depicted by Paul Nash in his role as an official WW1 artist whilst ‘Seven Tears’ injects some local mythology into proceedings.

The album is available to pre-order now here. To promote the impending release, Unthank : Smith will be touring the UK in March / April 2023. The full live schedule is below and tickets will go on sale 2nd December 2022.