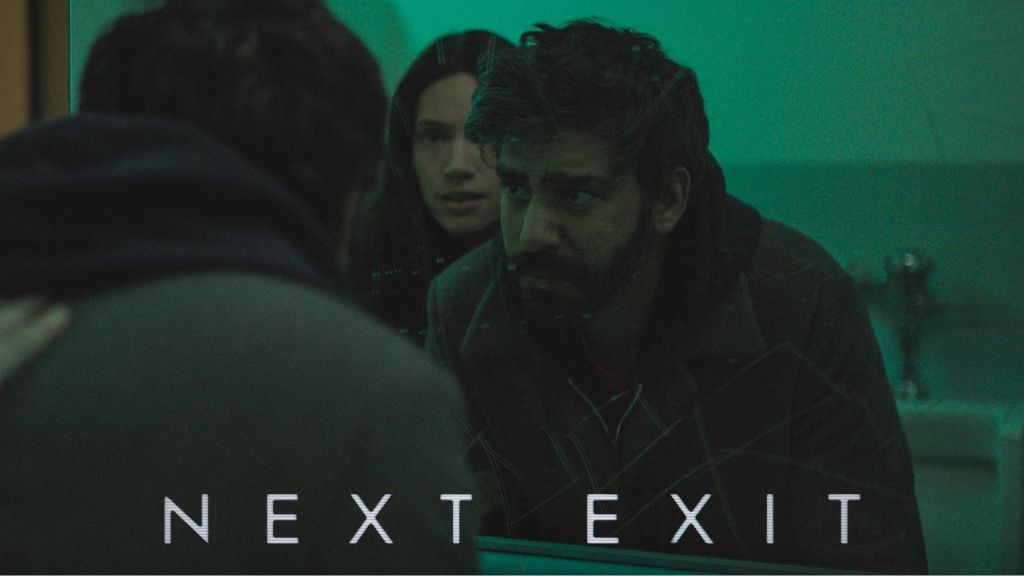 Mali Elfman‘s debut feature, the hauntingly poignant and meditative road movie, Next Exit is all set to release this Friday via Magnolia Pictures – under the banner’s genre arm, Magnet Releasing.

A film which we dubbed “a deviceful and dynamic debut that finds hope and humor in the darkest of places” in our review, Elfman’s film, which she also write is an eye-opening yarn – for both the protagonists and audiences alike – chronicling the ramifications of a breaking national news story which reports how a (questionably) trailblazing scientist has devised how to track people who have passed over into the afterlife.

On learning of this news, Rose (Katie Parker – Absentia, “The Midnight Club”) sees it as a way out while Teddy (Rahul Kohli – “iZombie,” “The Haunting of Bly Manor”) sees it as his chance to finally do something meaningful with his life. These two strangers, both harboring dark secrets, race to join the doctor’s contentious study and leave this life behind. While Rose is haunted by a ghostly presence that she can’t outrun, Teddy is forced to confront his past. As these two misfits humorously quarrel their way across the country, they meet people along the way who force them to reckon with what is really driving them.

In anticipation of the film’s release this Friday, CinemaChords’ Howard Gorman sat down with Elfman and Kohli who revealed how Elfman’s grandmother inspired the film’s central premise, how writing the script served as catharsis during times of tragedy and how the morale to such a stark story is that unexpected things help us find our way through the darkness, even when we can see none…