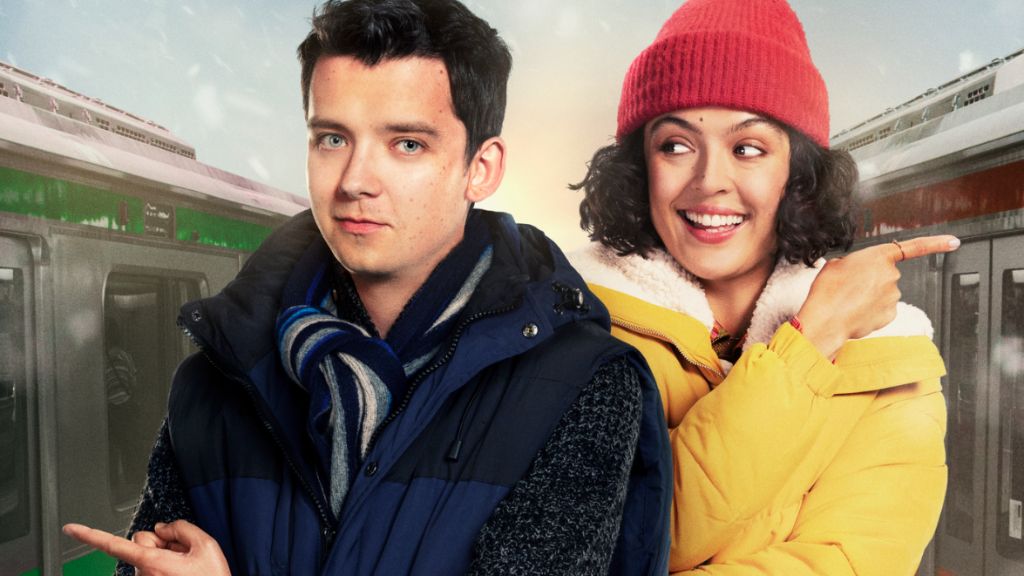 Prime Video has today dropped an early stocking filler in the form of the trailer for Jim O’Hanlon‘s (Catastrophe, Trying) UK Original festive romcom, Your Christmas Or Mine?

Directed by O’Hanlon, from a script witten by Tom Parry (“Badults”), the movie follows young couple James (Asa Butterfield – “Sex Education”) and Hayley (Cora Kirk – Prey for the Devil), who, after both making the same mad split-second decision to swap trains and surprise each other, end up having to experience each other’s family Christmas without their partners. Accordingly, Christmas traditions are turned on their head, secrets are revealed, and family truths are told with hilarious consequences. The couple realise that there is an awful lot they don’t know about each other. Will they be able to swap back in time for Christmas Day? And will Hayley and James’ fledgling relationship make it through to the New Year?

Your Christmas or Mine? will launch exclusively on Prime Video on 2nd December in the UK, Ireland and over 240 territories worldwide.