2016 is finally here and with it comes twelve more months of thrills, chills, heartbreak and unrivalled fun. So to welcome in the new year, I thought it would be fun to jump on the bandwagon and present to you my top ten films of 2015.

Looking back, there were some incredible films last year but let’s not forget there were some real turkeys too (Fan4astic for one). But before I go on to discuss which films wowed me the most in 2015 I must ask you to keep in mind that regardless of how ‘technically sound’ a movie may be my choices here have been determined by the amount of fun I had watching them in the cinema. So with that out of the way, I thought the best way to kick off my top ten is to talk about a few honourable mentions first

The first honourable mention is Spectre. Directed by Sam Mendes and starring Daniel Craig, Christoph Waltz and Dave Bautista, Spectre is the twenty-fourth Bond film and sees Daniel Craig’s fourth outing as Bond as he as he goes up against the global criminal organisation SPECTRE. From it’s action packed opening scene that takes place during the Day of the Dead festival, I was hooked. Although Spectre was a very thrilling Bond movie but it doesn’t quite stand shoulder-to-shoulder with Skyfall but it thankfully trumps the tripe that was Quantum of Solace.

The latest festive horror Krampus is directed by Trick R’ Treat’s Michael Dougherty. It brings together Adam Scott, Toni Collette and David Koechner as members of the Engel family who find themselves at the mercy of the evil Christmas demon Krampus. Full of imagination, light-hearted humour and terrifying horror, this film was a real surprise that surpassed my expectations in almost every way. Krampus has all the makings of a great screen villain and his hoards of demonic toys and killer gingerbread men perfectly captures the films’ playful and sadistic sense of fun. I’m looking forward to when it comes out on home release so I can make it a yearly tradition.

My third and last honourable mention is Joss Whedon’s Avengers: Age of Ultron. Picking up after the events of the first film, Tony Stark (Robert Downey Jr) and Bruce Banner (Mark Ruffalo) create Ultron, an AI whose sole intention is to promote peace. In unfortunate fashion, Ultron goes against his programming and uses his powers to enslave mankind. Despite having some pretty nifty action sequences, I was still left wanting more. There was only a smidge of the usual Whedon flare and I loved what he did with Scarlet Witch but that didn’t stop me feeling disappointed by the time the end credits rolled. If you want to know more about my thoughts on this film then you can read my review by clicking here.

So which films made my top ten list? Grab a drink, sit back and relax because here they come…

Henry Hobson’s Maggie sees Arnold Schwarzenegger play Wade Vogel, a father whose teenage daughter Maggie (played by Abigail Breslin) becomes infected by an outbreak of a virus that turns the infected into cannibalistic zombies. This hard-hitting drama is fantastic and contains some incredibly strong moments of horror and features Arnie like you’ve never seen him before. Stripped of everything he is known for Arnie gives what I think is one of his strongest performances to date. Emotionally draining yet completely engaging, Maggie is one apocalyptic nightmare that everyone should check out but if you need more encouragement then you can read my review here.

Guillermo del Toro’s Crimson Peak stars Mia Wasikowska, Jessica Chastain and Tom Hiddleston. Crimson Peak is a wonderful slice of gothic horror that is a little too over reliant on jump scares and dodgy CGI. However, this film is superbly directed and features solid performances from its three leads. Now the plot is basic and the ending is easily predictable but there’s something in the way that Del Toro tells his story here that feels incredibly rich. Treating audiences to full of nail-biting suspense, I surprisingly loved this film even if the experience was somewhat marred by a long lull in the middle.

Ryan Gosling’s directorial debut Lost River tells the story of Billy (Christina Hendricks), a single mother of two living in a rundown neighbourhood of Detroit. Struggling to pay her bills she takes a job at the local horror bar whilst her eldest son Bones (Ian De Caestecker) spends his day salvaging copper from the abandoned houses around town. That is until Bones has a run in with the town bully (Matt Smith) leading hhim into a fight for survival. Criticised for echoing the works of almost every director Gosling has worked with, I really enjoyed Lost River for what it is… a dark and gritty thriller which proves that as an actor, writer and director, Ryan Gosling is a talented filmmaker. Click here to read the full review.

Alex Garland’s directorial debut Ex Machina marks a fantastic first step in what is sure to be a very bright career for the London-born filmmaker. Starring Alicia Vikander, Domhnall Gleeson and Oscar Issac, Ex Machina sees Gleeson as Caleb, a young programmer selected by his boss Nathan (Issac) to participate in an experiment involving the evaluation of the human qualities of a female A.I. (Vikander). Through the use of an incredible set design, sound design and solid script combined with natural and wholly realistic performances from everyone, Ex Machina is a thoroughly engaging film that is equal parts art-house drama and sci-fi thriller.

Since its release, David Robert Mitchell’s It Follows has continued to divide audiences. It stars Maika Monroe as 19-year old Jay whom after losing her virginity, becomes haunted by someone or something that will stop at nothing until it kills her. Cradled by a stunning soundtrack from Disasterpiece, It Follows has all the makings of an 80s horror film styled for modern audiences. That said, It Follows has the tendency to raise more questions than it answers but On the whole, It Follows is relentlessly unnerving and for that reason deserves pride of place on my list. Click here to read my review.

Undoubtedly one of the biggest hits of the summer was Colin Trevorrow’s Jurassic World. Starring Chris Pratt, Bryce Dallas Howard and Vincent D’Onofrio, Jurassic World had mighty big shoes to fill. Thankfully he does so with gusto as the film was 124 minutes of fun-packed splendour whilst a genetically modified dinosaur wrecks havoc. Pratt and Howard had fantastic chemistry on screen, Vincent D’Onofrio plays a great villain but it was the huge set pieces and thrilling action scenes which sent my pulse soaring. So despite it not having the same timeless quality as the Spielberg classic, I still had a roaring good time with this one.

The Overnight had its world premiere at the 2015 Sundance Film Festival in January of 2015 and was released in cinemas last June. Starring Adam Scott, Taylor Schilling and Jason Schwartzman this crazy comedy from director Patrick Brice is a bonafide sleeper hit that will strike a cord with everyone that sees it. The Overnight tells the story of Alex and Emily, a couple desperate to make friends after moving to LA. After meeting the mysterious Kurt and Charlotte during their visit to the park with their son, they are invited to their home for a night that no one will ever forget. Stylish, superbly acted and outrageously hilarious, The Overnight had me in fits of tears from laughing so much and I’m glad to confirm that it stands up to repeated viewings.

Ridley Scott returns to send us into space with The Martian, a sci-fi thriller based on the novel by Andy Weir that sees Matt Damon play Mark Watney, an astronaut abandoned by his team during a mission to Mars. Left for dead Watney (Damon) must use his knowledge, wit and spirit to do whatever he can to get a signal back to Earth to inform others that he is still alive. Surprisingly, The Martian balances its humour and drama elements flawlessly containing lots of heart. This made the more emotional moments that much more effective. Damon delivers a golden performance and is almost unrecognisable in the role. Meanwhile, with additional support from Jeff Daniels, Jessica Chastain and Kristen Wiig not to mention plenty of others, The Martian is thoroughly entertaining and I can’t wait to own my own copy so I can revisit it again.

Oh what a lovely day… Director George Miller returns for the fourth installment in the world-famous apocalyptic Mad Max saga with Fury Road. Tom Hardy stars as the title role in a film that we all know really belongs to Charlize Theron, whom as Imperator Furiosa steals the show. That said, as director, George Miller has created a true cinematic spectacle as Fury Road was THE film to see in cinemas on the biggest screen impossible. It’s big, it’s loud and it’s action sequences are perfect making it one of the best blockbusters that I’ve seen in quite some time. I proudly own it on blu-ray and so should you!

J.J. Abrams’ Star Wars: The Force Awakens has made me see the franchise in a new light. It was thrilling, it was fun, it was engaging and it was brilliant. The cast are great… Harrison Ford’s Han Solo and Carrie Fisher’s Leia were joined by John Boyega, Oscar Isacc, Domhnall Gleeson and Daisy Ridley, whom as the main protagonist in the film was fantastic. But perhaps the most interesting addition to the film was the introduction of Adam Driver’s Kylo Ren. As a villain he is just as good as Darth Vader if not better. I won’t go into too much detail here but his character as a villain still in training is a very interesting concept and he brings with it an interesting dynamic. But ultimately the way this film succeeds is by merging the old and new cast together. It pays the ultimate respect to the original and at the same time introduces a whole new set of characters who are equally as fantastic. It made me want to revisit the original trilogy and has me excited for the next chapter which is why Star Wars: The Force Awakens takes the top spot on my top ten list of 2015.

So there you have it, my favourite films of 2015. But before you go, you may already know that I have a penchant for the scary and macabre and saw some cracking films on the festival circuit last year. Sadly, as it currently stands only a handful of titles are given a wide release otherwise this list would be different… it is for this reason that I will soon be sharing Top 10 Horror Films of 2015 with you all very soon. So remember to keep your eyes peeled for all the gory goodness! 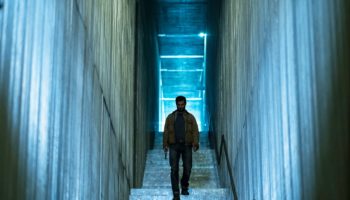 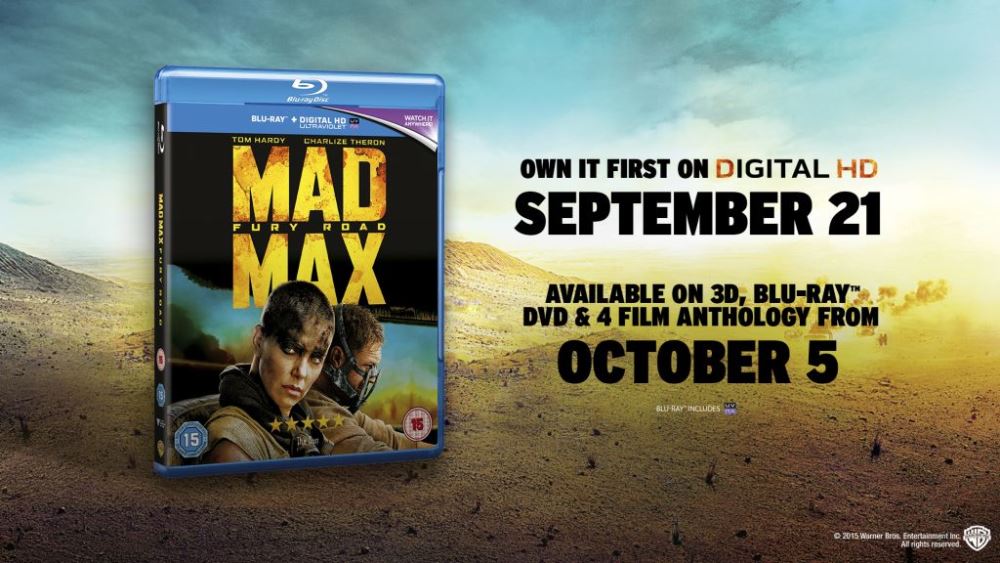 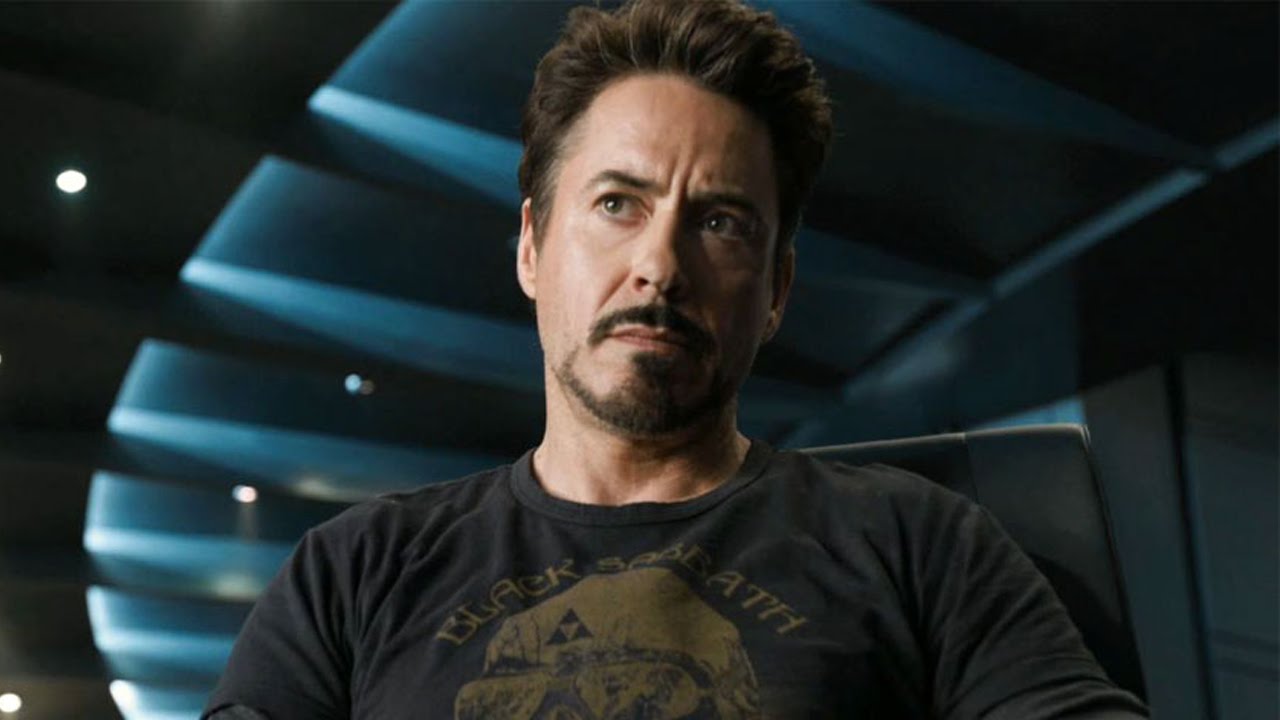 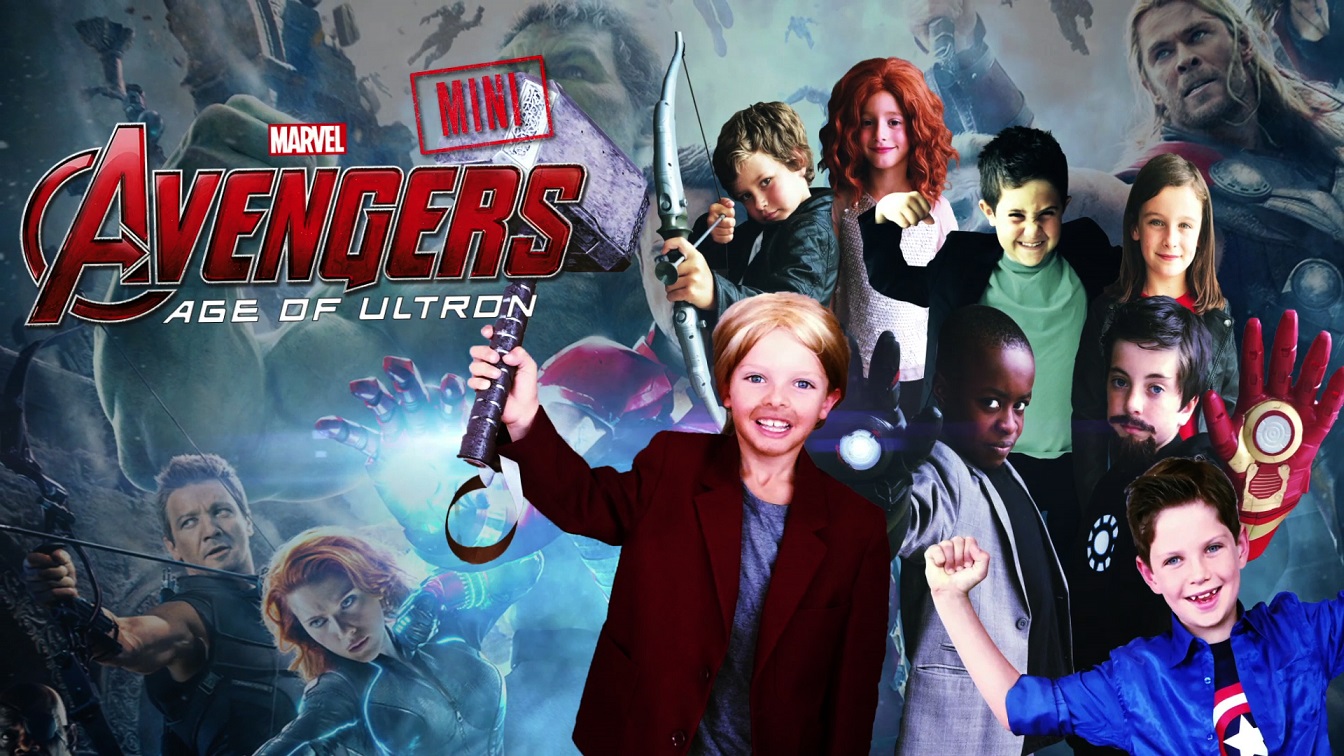