In celebration of today’s release of a film that’s garnered rave reviews at pretty much every festival it’s visited thus far, The Girl With All The Gifts, Warner Bros. Pictures comes bearing gifts in the form of a brand new clip.

Adapted from the M. R. Carey’s bestselling novel and starring Gemma Arterton, Glenn Close, Paddy Considine and Sennia Nanua, The Girl With All The Gifts takes audiences to a not so distant future. Humanity is on the verge of annihilation as a result of a mutated fungal disease that eradicates free will and turns its victims into flesh-eating “hungries.” The planet’s only hope is a small group of seemingly immune children who are subjected to cruel experiments by biologist Dr. Caldwell at an army base in rural England. Despite their cravings for human flesh, these second-generation “hungries” are still able to think and feel making them a vital resource in the search for a cure.

The children attend school lessons daily, guarded by the ever watchful Sergeant Parks. But one little girl, Melanie, stands out from the rest. She excels in the classroom, is inquisitive, imaginative and loves her favourite teacher Miss Justineau. When the base falls, Melanie escapes along with Miss Justineau, Sergeant Parks and Dr. Caldwell. Against the backdrop of a blighted Britain, Melanie must discover what she is and ultimately decide both her own future and that of the human race.

We’ll leave you with the aforementioned clip which we think will convince you to go and catch The Girl With All The Gifts which is in cinemas NOW.

In this article:Gemma Arterton, Glenn Close, M. R. Carey, Paddy Considine, Sennia Nanua, The Girl With All The Gifts 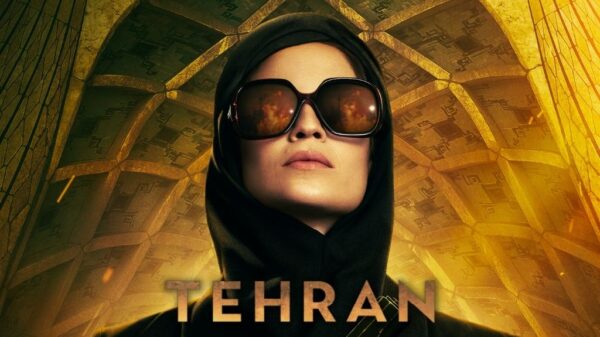 Ahead of the sophomore season of the Apple TV+ espionage thriller “Tehran,” an all-new trailer has just rolled out giving audiences a glimpse of...