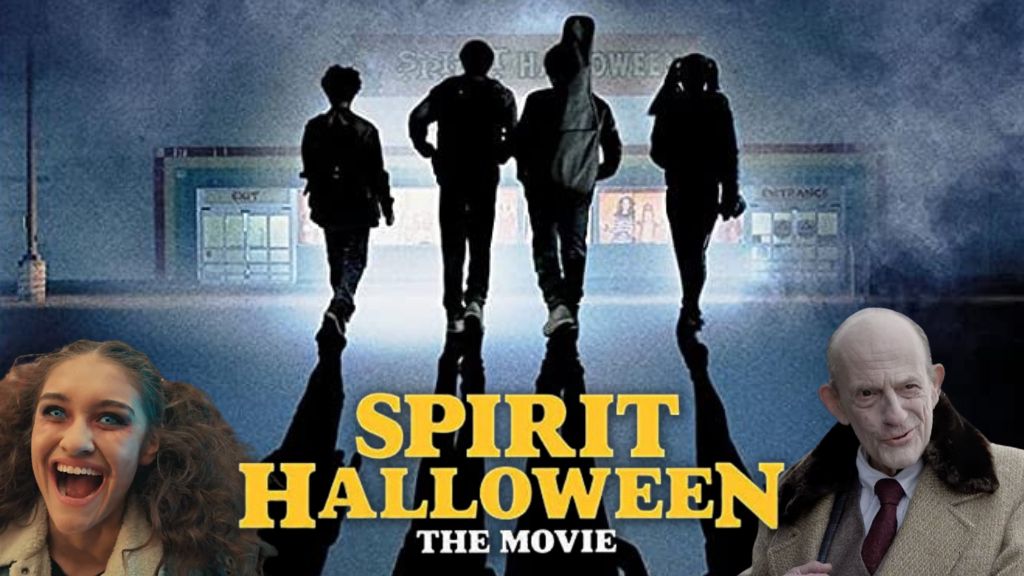 With the movie being named after and set in a nationwide franchise like Spirit Halloween, it’s easy to assume that the film could have been concocted as a simple marketing poly but it was anything but that. In fact, Spirit Halloween [the store] had no idea that such a project even existed, and it was only when the casting and scouting process was well underway that a promotional partnership with the Spirit Halloween store chain was secured.

Celebrating nearly four decades of business offering a one-of-a-kind interactive shopping experience, Spirit Halloween has cemented its position as the premier destination for all things Halloween. With over 1,450 locations in strip centers and malls across North America, it is the largest Halloween retailer in the country.

In 2006, Spirit Halloween created its philanthropic arm, Spirit of Children starting with eleven partner hospitals across the country. Their belief that the celebration and community around Halloween could bring joy and benefit a child’s health worked magic and since its inception, the non-profit has raised more than $93 million in cash and merchandise for over 150 partner hospitals, with 100 percent of the donations going directly to those partners’ Child Life Departments. You can discover more about Spirit of Children and how you can donate here.

Directed by Poag, from a screenplay written by Billie Bates (Christmas, No Filter), inspired by her kids’ infatuation with the store, and an honest desire to write a movie that they would enjoy, Spirit Halloween: The Movie stars a primarily young cast including Donovan Colan (Zoe, “Chapelwaite“), Jaiden J. Smith (“Difficult People,” Netflix’s The Mothership starring alongside Halle Berry and Omari Hardwick), Dylan Martin Frankel (“The Blacklist,” “Life & Beth”), Marissa Reyes (“Raven’s Home, Ganymede) and Billie Roy (Candy) alongside three of cinema’s much-loved talents, Rachel Leigh Cook (The Baby-Sitters Club, She’s All That), Marla Gibbs (“The Jeffersons,””227”), and Christopher Lloyd (the Back to the Future trilogy, Addams Family).

The film follows the trials and tribulations of three middle school friends who, on having reached an age when they think they’ve outgrown trick or treating, dare themselves to spend Halloween night locked inside a newly-opened Spirit Halloween store in a deserted strip mall. As soon as they break inside, they realize that the store is in fact haunted by the angry evil spirit of Alex Windsor (Lloyd) who has the ability to possess the creepy animatronic characters. Accordingly, the trio find themselves thrown into a thrilling and spooky adventure requiring the use of all their wits if they want to survive the night and avoid becoming possessed themselves.

With Spirit Halloween: The Movie in theaters now and all set to head to video-on-demand (VOD) tomorrow, October 11, 2022, CinemaChords’ sat down with Poag, Colan, and Smith who revealed how their intention was to steer clear of recent PG horror franchise theme-park-ride style movies, how the film has its pretty scary moments for the target age, how it was inspired by ’70s and ’80s classics in the genre ranging from Halloween, Poltergeist, and Gremlins through to classic Spielberg/Amblin adventures of the era such as E.T. and The Goonies. They also went on to reveal which films they felt had served as their gateway into horror and if they really believe that people can in fact outgrow trick or treating.