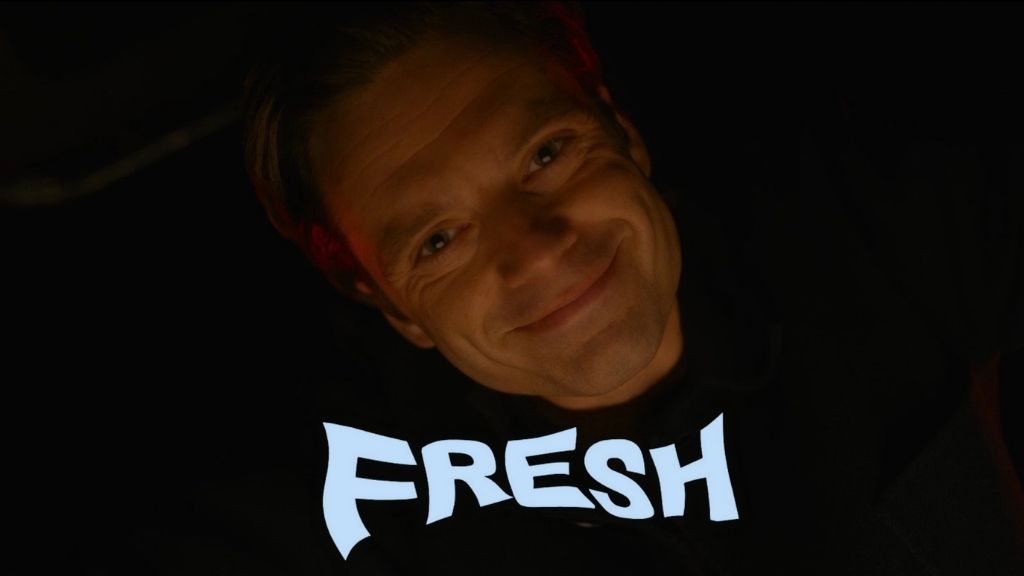 SYNOPSIS: The horrors of modern dating seen through one young woman’s defiant battle to survive her new boyfriend’s unusual appetites.

There are many trials and tribulations to modern dating that have made it feel impossible to find true love. With so many apps and profiles to scroll through, judging people immediately on a photo or a quip or, now apparently, their voice, it can feel like romance is all but gone.

Starring Sebastian Stan and Daisy Edgar-Jones, the darkly delicious Fresh revolves around Noa, a young woman who has had enough of online dating. But, she has a chance encounter at a grocery store with the suave Steve and falls head over heels with him. After only a handful of dates, Steve takes Noa away to Cottage Cove. But whilst on their trip, Steve reveals that he has unusual predilections. Can this blossoming relationship survive his savage appetite?

Fresh has some pretty sharp writing and fluid directing that has drawn comparisons to socially aware horrors such as The Voices (2014), Get Out (2014) and Promising Young Woman (2019). The latter definitely matches Fresh in terms of its similar tone, offsetting the horrors modern women face with bright colors and dance sequences. Yet the humor, mixed with the brutal bloody moments, does add a, well, fresh element to the proceedings.

However, this writer feels that slight trimming of some of the fat would have made the pace a little bit punchier. Plus, there are some choices that ramp up the action whilst undermining the character. For example, Noa’s wise-cracking stereotypical black best friend starts off smart but is ultimately pushed aside for Noa’s story, leaving her somewhat wasted when the film muddles its way through the middle act. Especially when a conversation about black women and violence could’ve also been had within this film. There’s also another character introduced halfway through who was crying out for more depth to feel necessary in the overall arc of the film.

All the same, Fresh is a highly riotous film that works well when it is tonally shifting through the dark heart of relationships. There are some disturbing scrumptious scenes reminiscent of Bryan Fuller’s Hannibal and Cave’s dynamic direction makes this an intriguing watch.

Plus, it has the best meat cute of all time.

FRESH is released on Disney+ on Friday 18th March 2022