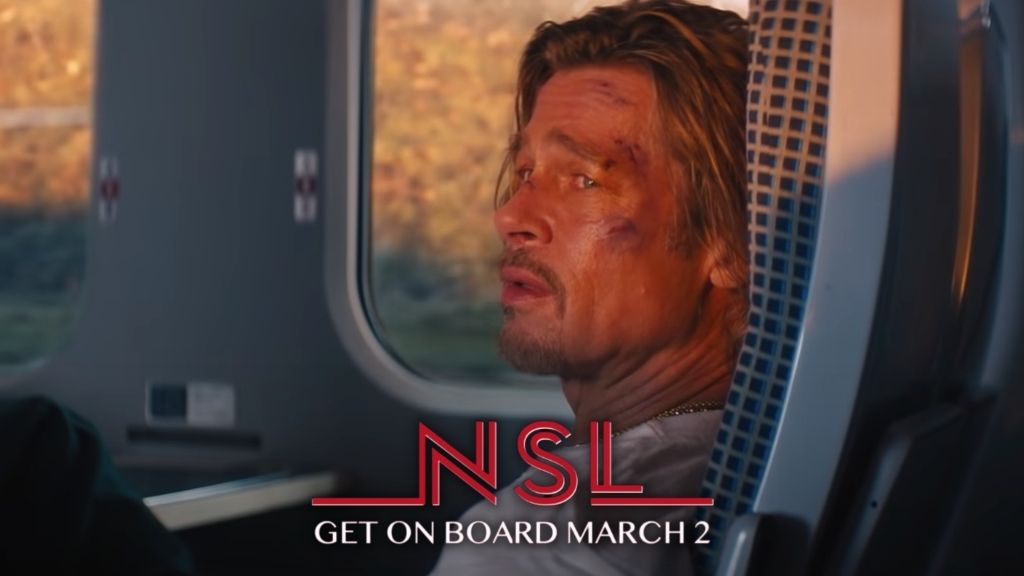 The ad in question was posted on newly-created Instagram and YouTube accounts set up for a so-called “Nippon Speed Line bullet train,” both of which link back to a website for the train. Curiously though, this website just happens to be operated by a company going by the abbreviated name of “CTMG” (short for Columbia Tristar Marketing Group, the company which of course handles Columbia Pictures marketing campaigns). It’s therefore pretty safe to assume that the “GET ON BOARD MARCH 2” is actually teasing the launch date for the first official trailer for Bullet Train.

The novel has already met with comparisons to masters of their craft such as Quentin Tarantino and Ethan Coen, and the film’s cast and crew are shaping up nicely. Columbia has already tapped the ideal director to transfer Isaka’s satire and adrenaline-fueled action onto the big screen, David Leitch (Atomic Blonde, Deadpool 2, Fast & Furious: Hobbs & Shaw), whilst the immense all-star cast is nothing to be sneered at with the likes of Brad Pitt, Sandra Bullock, Aaron Taylor-Johnson, Andrew Koji, Joey King, Zazie Beetz, Logan Lerman, Bryan Tyree Henry, and Michael Shannon all boarding the bullet train.

The action in Isaka’s propulsive thriller takes place aboard a Japanese high-speed bullet train traveling out of Tokyo. Whilst there aren’t many passengers on board, five of them all happen to be hitmen:

Kimura (Koji), a recovering alcoholic, has designs to murder the person who left his young son in a coma. Underworld thugs “Tangerine” (Taylor-Johnson) and “Lemon” (Tyree Henry) have rescued the kidnapped son of a gangster and are taking him back to his father, along with a suitcase full of money. Nanao, known as “Ladybug” (Pitt), is the world’s unluckiest assassin: none of his assignments ever go to plan. And finally, there’s “Prince” (King), a teenager who passes himself off as an innocent schoolboy but is really a viciously cunning psychopath. When the five killers discover that they are all on the same train, they soon realize that their missions are not as unrelated as they first appear.

So, if the viral ad is anything to go by, it looks like we’ll be boarding the first trailer for “Bullet Train” this March 2nd, whilst the film itself is slated for a July 15th release date. In the meanwhile, we’ll leave you with the aforementioned viral ad.