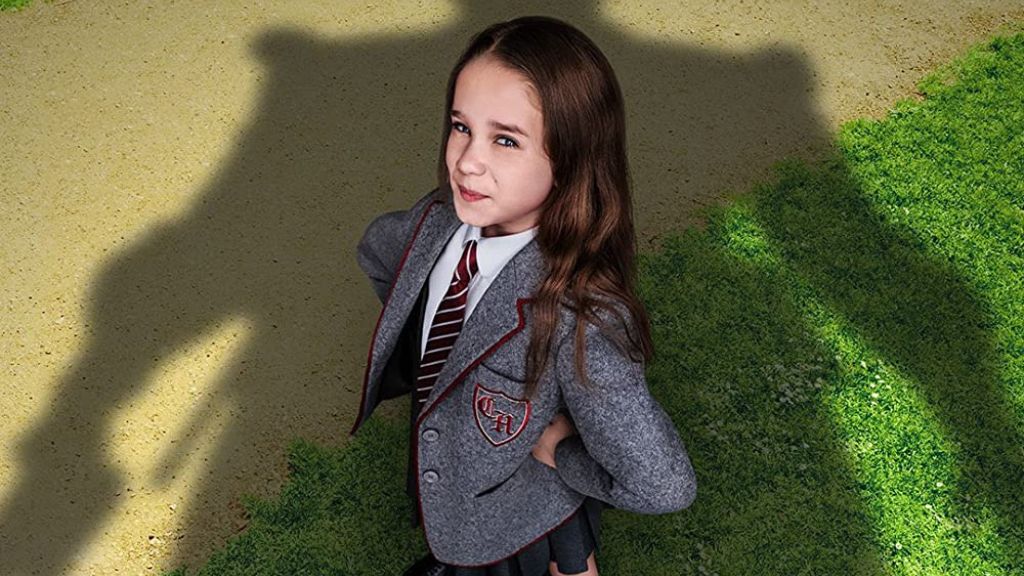 This morning, the 66th BFI London Film Festival (5-16 October), in partnership with American Express, has confirmed that the World Premiere of Roald Dahl’s Matilda The Musical will launch the proceedings on Wednesday 5 October at the Southbank Centre in the Royal Festival Hall. Filmmaker and cast attendance is expected and there will also be simultaneous preview screenings of the film taking place at multiple cinemas across the UK.

Directed by Tony Award® winning director Matthew Warchus, who also developed and directed the stage show for both London’s West End and Broadway, Dennis Kelly adapted the Tony Award® and Olivier Award-winning, Royal Shakespeare Company’s production for the big screen, whilst original music and lyrics have been provided by Tim Minchin.

Starring Academy Award® winner Emma Thompson, Lashana Lynch, Stephen Graham, Andrea Riseborough, Sindhu Vee and introducing Alisha Weir as the eponymous Matilda, the film centers on Matilda Wormwood, a little girl with big curiosity, a sharp mind and a vivid imagination – and the worst parents in the world. While her parents (Graham and Riseborough) content themselves with trashy TV and dodgy money-making schemes, she loves to lose herself in the pages of her beloved books. Where they are loud, selfish and unkind she is a quiet observer, thinking up small and cheeky acts of rebellion and revenge.

On meeting her inspirational teacher, Miss Honey (Lynch), Matilda is encouraged and begins conjuring her own fantastical tales. Excited to attend Crunchem Hall, Matilda is surprised to find the school is an ominous and oppressive place led by the huge and villainous Miss Trunchbull (Thompson). As well as kind Miss Honey, the bright lights among the meanness are story-loving librarian, Mrs. Phelps (Vee), and Matilda’s newfound school friends. Filled with an overwhelming sense of justice, Matilda dares to take a stand for what is right and teach Trunchbull a lesson she won’t forget.

Commenting on this morning’s announcement, Warchus, said: “What a delight to be opening this tremendous film festival with singing, dancing, green hair and chocolate cake. It’s a real honour to be sharing this joyful and empowering tale of a little girl’s courage and compassion at such a prestigious event.”

Tricia Tuttle, BFI London Film Festival Director, added: “Like so many people who have been lucky enough to see it, I am a massive fan of this original stage musical, with Tim Minchin’s infectiously brilliant songs bringing new depth to a classic of children’s literature. With Screenwriter Dennis Kelly, Matthew Warchus has smartly adapted his own production for the screen with absolute verve and gusto. And what a cast: Alisha Weir is a revelation as Matilda; Emma Thompson is a chillingly nasty Trunchbull and Lashana Lynch’s Miss Honey will melt your heart. It’s a delight to host the world premiere of this exceptional all-ages musical film in our opening night spot and take it out to audiences across the UK with Sony Pictures. This is a rollicking, rousing story about sticking together and fighting back against the bullies of the world, even when that seems scary. Sometimes you have to get a little bit naughty!”

The film will be released by Sony Pictures UK and TriStar Pictures across the U.K. and Ireland exclusively in cinemas on 2 December 2022 and Netflix will release the film across the world [excluding the UK and Ireland] this Holiday Season.