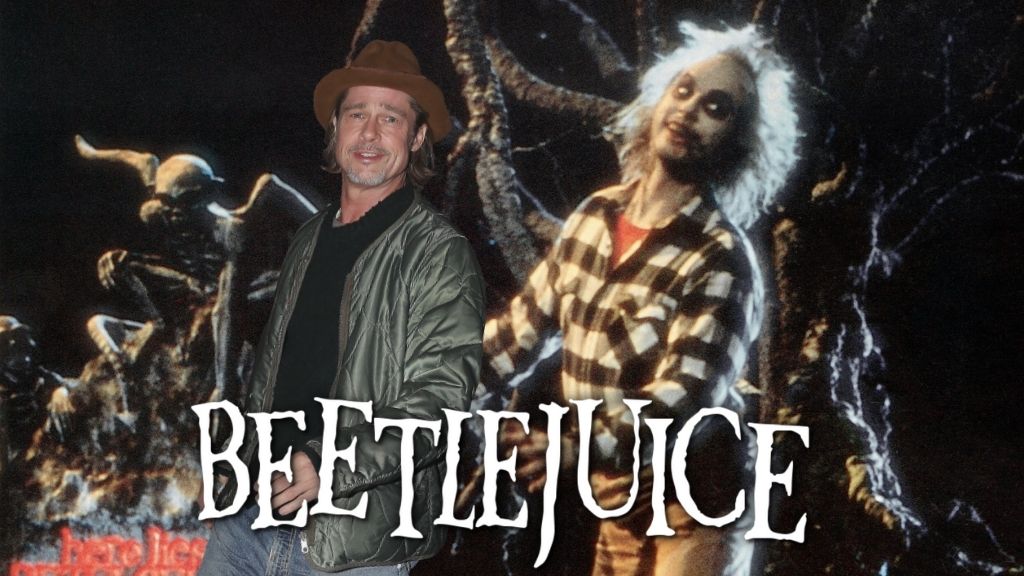 According to The Ankler, whilst Warner Bros. has still not given the go-ahead to a second Beetlejuice film, the project certainly sounds as though it could be very close to happening with Brad Pitt‘s production company, Plan B Entertainment, now confirmed to have boarded Warner Bros.’ long-gestating plan to bring the cult film back for a sequel.

Tim Burton’s original Beetlejuice which came out all of 34 years ago, is a creepy, family-friendly comedy in which the spirits of a deceased couple are haunted by an insufferable family who has taken up residence in what was once their house. The film was adapted by Warren Skaaren from a story by Michael McDowell and Larry Wilson with Michael Keaton playing the titular role alongside an ensemble cast including Alec Baldwin, Geena Davis, Catherine O’Hara, and Winona Ryder. It went on to gross just shy of $75 million worldwide and took home an Oscar in 1989 for Best Makeup, as well as earning two BAFTA nominations and numerous other accolades.

With the project, which is expected to be a sequel – still not yet having received the green light from Warner Bros. there is no working script, and aside from reports of Keaton and Ryder set to reprise their roles as Beetlejuice and Lydia Deetz, no other attachments have been disclosed as of yet.

Pitt co-founded Plan B with Brad Grey and Jennifer Aniston in 2001. In 2005, after Pitt and Aniston divorced, Grey became the CEO of Paramount Pictures and Pitt became the sole owner of the company, now serving as CEO with co-presidents Dede Gardner and Jeremy Kleiner. Three of the banner’s films, The Departed, 12 Years a Slave, and Moonlight, have won the Academy Award for Best Picture, and upcoming projects include Andrew Dominik’s Blonde for Netflix, Maria Schrader’s She Said for Universal, Gaz Alazraki’s The Father of the Bride for HBO Max, Sarah Polley’s Women Talking for United Artists Releasing, as well as Parasite director Bong Joon Ho’s next as-yet-untitled project for Warner Bros.