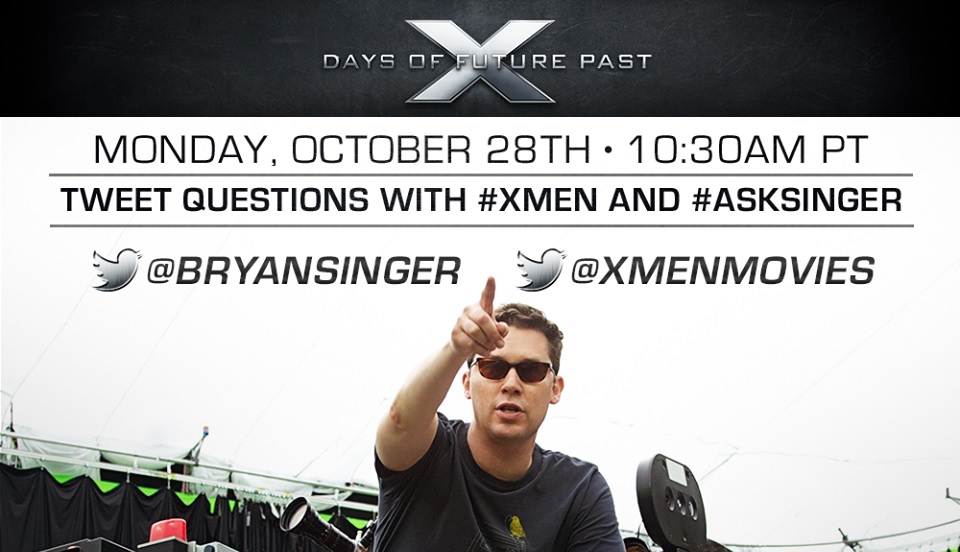 X-Men director Bryan Singer is promising a shedload of treats for X-Men fans in his upcoming installment of the Marvel franchise X-MEN: DAYS OF FUTURE PAST.

Based on the popular 1981 comic book, X-MEN: DAYS OF FUTURE PAST will see Wolverine (Hugh Jackman) sent into the past by Professor X (Patrick Stewart) and Magneto (Ian McKellan) to convince their younger counterparts (played by James McAvoy and Michael Fassbender) that they need to take immediate action to save the future from destruction.

Singer promises that X-MEN: DAYS OF FUTURE PAST will feature a huge number of mutants as it merges the worlds of the first trilogy with that of X-Men: First Class. Not only will it star Halle Berry as Storm, Anna Paquin as Rogue, Ellen Page as Kitty Pride and Shawn Ashmore as Iceman, but it will also see the return of Jennifer Lawrence as Mystique, Nicholas Hoult as Beast and Lucas Till as Havok.

As if that wasn’t enough to wet your appetite the film will also see the introduction of several new mutants including Warpath (Booboo Stewart), Blink (BingBing Fan), Sunspot (Adan Canto) and Bishop (Omar Sy). Joining them will be Game of Thrones star Peter Dinklage as Bolivar Trask and Josh Helman who will play a young William Stryker.

What’s also great to know is that Singer will be holding a Twitter chat on 28th October at 5:30pm GMT ahead of the full trailer which will be given its debut the following day at 1:00pm on YouTube. The event will take place on Singer’s personal Twitter page (http://www.twitter.com/bryansinger), and will occur simultaneously on the official X-Men Movies Twitter page (http://www.twitter.com/xmenmovies).

So, if you have any questions about X-MEN: DAYS OF FUTURE PAST or the many mutants you can expect to see in the film then you should get yourselves over to their official Facebook page (http://www.facebook.com/xmenmovies) and follow the films official account on Twitter (http://www.twitter.com/xmenmovies) for details. You never know, your question might just get picked and answered by the man himself just remember to include #XMen and #AskSinger when submitting.