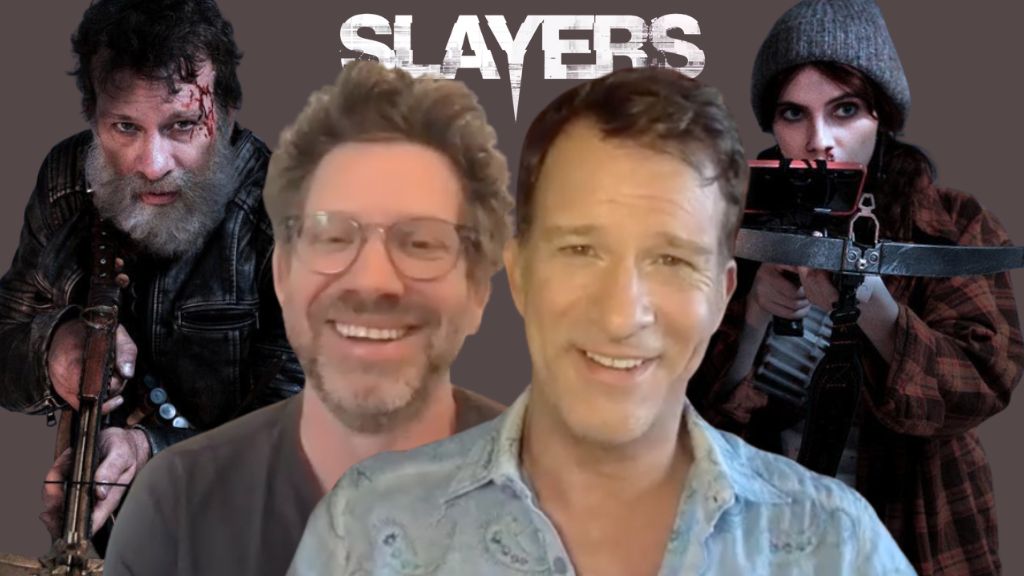 Directed by Levin, from a script he co-write with Zack Imbrogno (Lifter), Slayers stars Thomas Jane (The Mist, Deep Blue Sea, Boogie Nights), Abigail Breslin (Signs, Stillwater, Maggie), Kara Hayward (Us, The Shadow Diaries) and Malin Akerman (Final Girls, Watchmen, Rampage). A vision that speaks to the media-obsessed wasteland of 2022, the film follows (and is also chronicled by) no-holds-barred vampire slayer, Elliot Jones’ (Jane) whose sole purpose in life is to find the vampire who murdered his teenage daughter… but he’s going to need the help of the social media superstars known as “The Stream Team.” Upon accepting an opportunity to meet reclusive billionaire Beverly Rektor (Akerman), they discover she’s a descendant of a long line of vicious vamps. Jones is their only hope of survival and tonight he’ll have his revenge, taking down the vampire Illuminati ring.

In anticipation of this Friday’s release of the film, CinemaChords’ Howard Gorman sat down with Levin and Jane to discuss this singular horror/comedy take on vampire tropes which comes armed to the fangs with biting social commentaries on culture, media, business, and our very way of life.