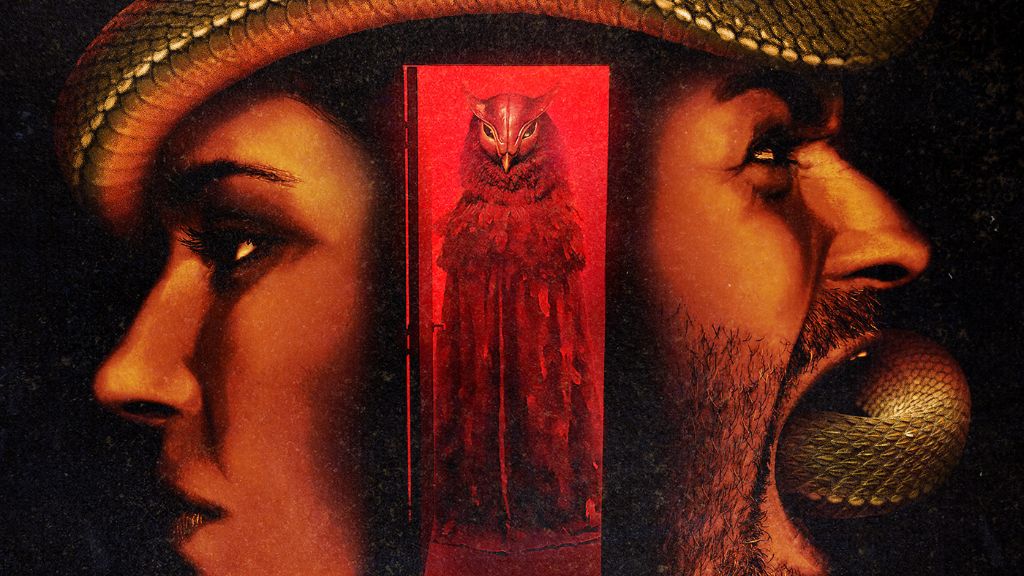 Shudder’s lineup of horror, thrillers and the supernatural just keeps on thriving from strength to strength, and another testament to this is the release of the trailer and key art for writer and director Travis Stevens‘ (Girl on the Third Floor, Jakob’s Wife) third feature film, the humorous, mind-bending serial killer shocker A Wounded Fawn that took Tribeca Film Festival, FrightFest London and Fantastic Fest by storm earlier this year.

Directed by Stevens, from a script he co-wrote with Nathan Faudree (Site 13, Penitent), and inspired by surrealist art and Greek mythology, A Wounded Fawn follows the story of Meredith Tanning (Sarah Lind – Jakob’s Wife), a local museum curator who is dipping her toe back into the dating pool. But, of all the fish in the sea, she ends up in the crosshairs of a charming serial killer (Josh Ruben – Scare Me, Werewolves Within). When a fateful romantic getaway between the two becomes a tense game of cat and mouse, both must confront the madness within him.

The Shudder Original film also stars Malin Barr (The Beta Test, Honeydew) and is produced by Stevens, Joe Barbagallo, via his Barbhouse shingle, and Laurence Gendron, via Genco Pictures. Ksusha Genenfeld served as cinematographer, with the film’s score credited to composer and sound designer Vaaal.

We’ll leave you with the aforementioned trailer to psych you up for the Thursday, December 1 debut of the film on Shudder.

In the words of Stevens: “If you have a taste for the strange and unpredictable, A WOUNDED FAWN has a meal for you. Make yourself comfortable. Let’s go crazy.”